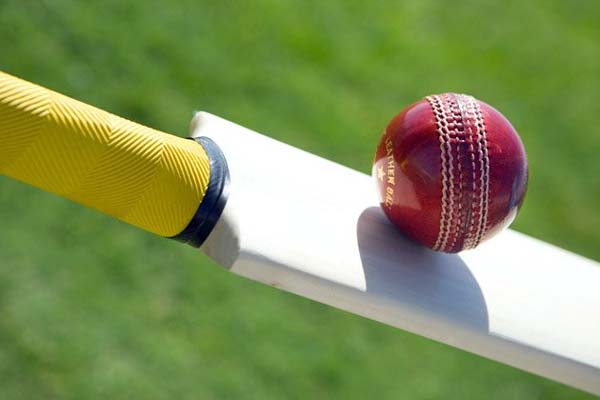 PESHAWAR, May 25 (APP):Pakistan U19 will open their tour of Sri Lanka on Sunday with the opening match of the five-match 50-over cricket series in Hambantota.
The two captains – Sri Lanka’s Nipun Dananjaya and Rohail Nazir of Pakistan – attended the trophy unveiling ceremony with Rohail hoping to play a competitive series. Rohail said he was contented with the team’s preparations and believed side was capable of winning the series against their counterparts.

“The series against Sri Lanka is going to be an exciting and tough series, which will help players from either side to prepare for next year’s ICC U19 World Cup in South Africa.

“Our coaches have prepared us keeping in mind the spinning tracks in Sri Lanka, so I feel that the conditions won’t be a problem for us,” Rohail said.
He added: “We have a great bunch of players in this team that is capable of winning matches on their own. Sri Lanka is a tough opponent to beat especially at home, so we are ready for the challenge.

Wicketkeeper batsman Rohail was one of the star performers in the Inter-Region U19 One-day tournament held in August last year (238 runs in seven matches).

Saim Ayub, a lefty top-order batsman from Karachi, is another performer from the Inter-Region U19 tournament where he scored 325 runs in seven matches at an average of 65 including two centuries and a half-century.

Sri Lanka have named left-handed batsman Nipun Dananjaya as their captain while Kamil Mishara also a left-handed batsman is his deputy for the first three 50-over cricket matches. In the remaining two 50-over matches, the two will swap roles.
Squads (to be selected from):