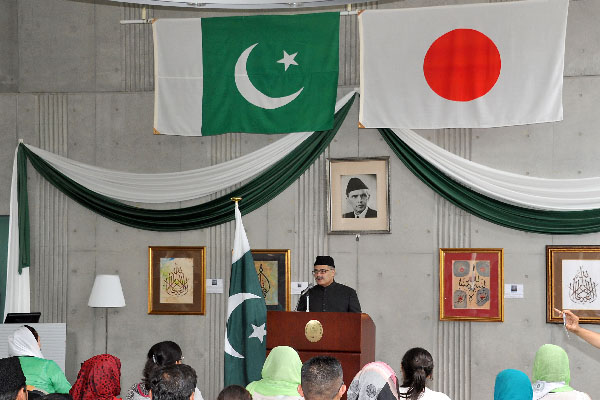 ISLAMABAD, Aug 14 (APP): The Independence Day of Pakistan was celebrated in Japan with traditional enthusiasm and fervour.

Ambassador Farukh Amil hoisted the flag in presence of a large number of Pakistani community in Japan and national anthem was played, according to a press release received here.

The ambassador read the messages of the president and the prime minister.

In his address, the ambassador highlighted the importance of Kashmir issue and said being unfinished agenda of independence Kashmir issue should be resolved in accordance with the UN Security Council resolutions.

He called on the international community to take notice of the Indian armed forces’ inhuman brutalities especially using of pellet guns.

He urged the Pakistani community to work coherently for the progress and prosperity of Pakistan. He urged them to inculcate in the minds of their children knowledge of the sacrifices made for the creation of Pakistan and urge them to follow the Quaid-e-Azam’s footsteps with the same zeal and love for Pakistan.

A young Pakistani scholar from Waseda University and a girl from Pakistan also conveyed their messages to the youth of Pakistan to work hard as advocated by Quaid-e-Azam for a developed, tolerant and progressive Pakistan.

The Ambassador along with children cut the anniversary cake.

The ceremony concluded with the prayers for the oppressed
people of Kashmir and prosperity and progress of Pakistan.