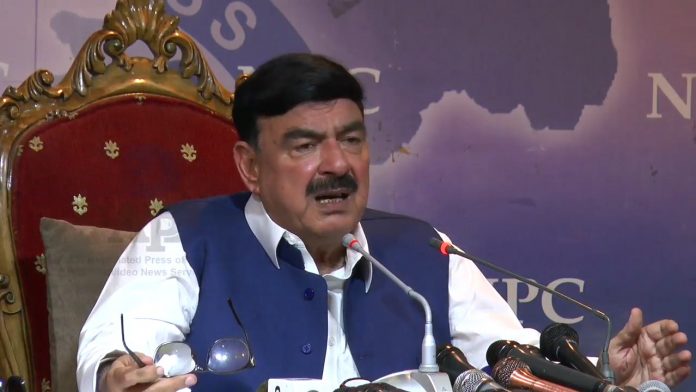 Addressing a press conference here, the minister said that with the completion of ML-I between Pakistan and China, the project would bring revolution not only in Pakistan Railways but also in the country.

Sheikh Rashid said that Pakistan and China would sign the preliminary design of ML-1 project during the current visit of Prime Minister Imran Khan to Beijing adding that the project including fencing, repair of bridges and laying of new track from Peshawar to Karachi.

Congratulating the nation, the minister said that he has initiated this project in 2006 and now by the grace of Almighty Allah, the project is going towards the agreement between both the countries.

“I will try my level best to sign the Mainline-II (ML-II) with the Chinese government during this visit of prime minister that will also create numerous job opportunities,” Sheikh Rashid added.

The minister thanked the prime minister, former minister for Finance Asad Umar, employees of Pakistan Railways and other stakeholders, who supported in the project.

Sheikh Rashid said that the ML-I would be completed in three phases and after the completion of the project, the minimum speed of the train would be 160 kilometer per hours.

“My two dreams ML-I and Nullah Lai, which are going to materialize would be great achievement of my life,” the minister said adding that I will try my level best to convince the Chinese to lay track on Nullah Lai.

He said that Prime Minister Imran Khan’s stance on Kartarpur was appreciated by not only the Sikh community but also the international community.