BEIJING, Sep 7 (APP): The Defence and Martyrs Day of Pakistan was commemorated with due fervor and solemnity at the Embassy of Pakistan, Beijing.

Defence Day is dedicated to pay homage not only to the martyrs of the 1965 war, but to all those and served for defence of Pakistan rendered ultimate sacrifice.

To mark the occasion, a simple but befitting ceremony was held at the Pakistan Embassy.
The event started with the National Anthem of Pakistan followed by a tribute to the armed forces, law enforcement agencies and citizens of Pakistan for their sacrifices for the country. Special messages of national political and military leadership were read out.

Welcoming the guests, Ambassador Moin-ul-Haque said that Defence Day is commemorated as a tribute to our valiant Armed Forces and to their inherent patriotism, discipline and commitment.

He said that Pakistan seeks a peaceful and prosperous neighborhood which is the key principle of Pakistan’s Foreign Policy.

He reaffirmed Pakistan’s unflinching political, moral and diplomatic support to the just cause of the people of Kashmir.

The Ambassador also highlighted the sacrifices of Armed forces of Pakistan in the fight against terrorism and reaffirmed Pakistan’s resolve to progress as a nation united against all threats. 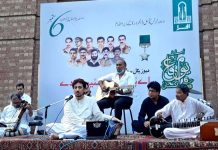 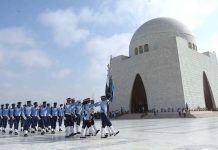 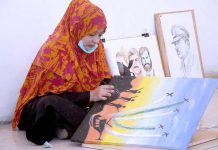 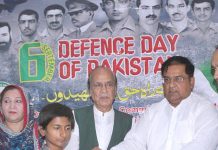 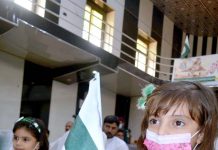 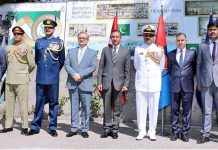 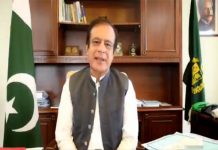 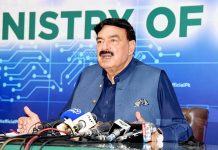 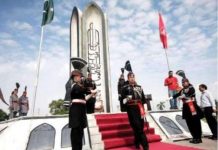 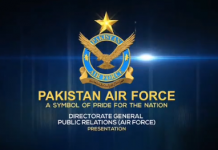 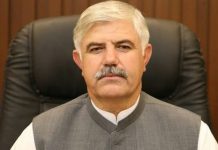 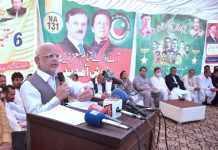