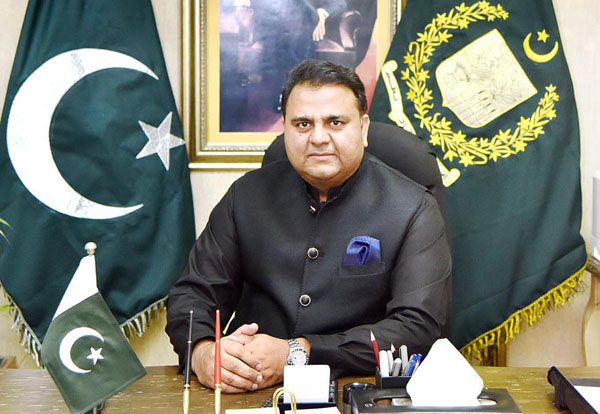 The minister said, “Madam its Pakistan internal issue and rest assure it’s not Modi’s India where minorities are subjugated. Its Imran Khan’s Naya Pakistan where white color of our flag is equally dearer to us. I hope you will act with same diligence when it comes to rights of Indian minorities. ”
In response to another tweet of Sushma Swaraj, he said he was happy that in Indian administration there was people worried about rights of minorities in other countries. He expressed the hope that her conscience would allow her to stand up for minority rights in India as well.
He said Gujarat and Jammu must weigh heavily on her soul. In his tweet Fawad said, “Madam Minister I am happy that in the Indian administration we have people who care for minority rights in other countries. I sincerely hope that your conscience will allow you to stand up for minorities at home as well. Gujarat and Jammu must weigh heavily on your soul.”
Earlier in a tweet, Federal Minister for Information and Broadcasting Chaudhry Fawad Hussain had disclosed that Prime Minister Imran Khan had issued directives to Punjab Chief Minister for taking steps for recovery of two Hindu girls allegedly abducted from Sindh and shifted to Rahim Yar Khan.
The minister tweeted that the Prime Minister asked for holding immediate investigation into the matter.
He said the PM had directed the governments of Sindh and Punjab to adopt a joint strategy to prevent such incidents in future.
Fawad also quoted Prime Minister as saying that white colour in Pakistan flag represents minorities and protecting their rights was our responsibility.