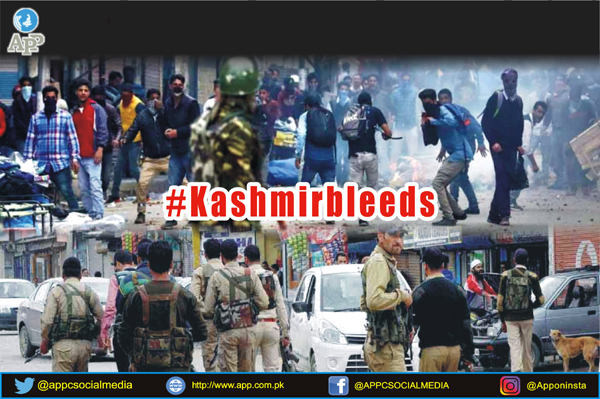 NEW YORK, Sep 04 (APP):Pakistan’s Ambassador to the U.S., Asad Majeed Khan, has said that India’s crackdown in occupied Kashmir has created a grave situation in the disputed region that threatens its peace and security.

In an interview with NEWSWEEK, a mass-circulation American magazine, he said that “things are getting worse” in occupied Kashmir as the “complete lockdown” following the repeal of Articles 370 and 35A removed the disputed territory’s special status approached its one-month mark.

The Pakistani envoy pointed to widespread reports of “an uninterrupted curfew, restraining the movement of people and internet and telephone suspension” as well as instances of violence with few other details emerging from the closed-off state.