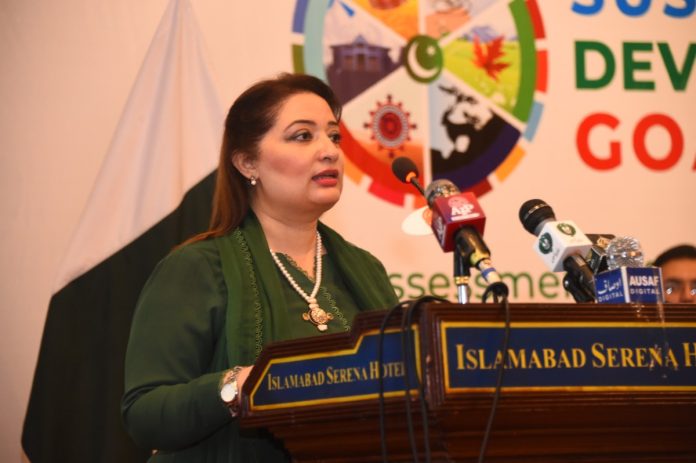 ISLAMABAD, Jul 27 (APP): Convener National Taskforce on Sustainable Development Goals (SDGs) and Member National Assembly Romina Khursid Alam on Wednesday said Pakistan was the first country in the world to accept the SDGs as its national development agenda to ensure sustainable human development in conformity with globally set targets ensuring well being for all.

The Convener of SDGs national task force was delivering her opening remarks at two-day National Meet on the SDGs jointly organised by the SDGs Secretariat in collaboration with Mustehkam Parlimaan, a project of the European Union (EU) in Pakistan flanked by Speaker National Assembly Raja Pervaiz Ashraf, Federal Minister for Planning, Development and Special Initiatives Ahsan Iqbal and Ambassador and Head of the Delegation of the EU to Pakistan, Dr Riina Kionka.

Romina said the pandemic of COVID-19 taught great lessons to the country as it aggravated the scourge of hunger, poverty, inequalities, gender disparity and serious health crisis that demanded the government to prepare a well-informed and coordinated effort at the national and local levels to meet the development goals.

She also underlined that Pakistan has achieved 57.7% completion rate of the United Nations Sustainable Development Goals (2021) ranking 129th out of 165 countries. However, due to the recent COVID-19 pandemic, challenges continuously emerge in the social, economic and environmental spheres.

“Nevertheless, with declining economic conditions due to the Pandemic, acute capacity challenges are present in the area of climate change, health, economic growth, gender and poverty. There is a projected slow down in economic growth from 5.6% in 2021 to 4% in 2022. Subsequent to COVID-19, public living in extreme poverty had now risen to 37.7% (2022),” she said.

Alam mentioned that SDG-2 aimed to eliminate hunger and malnutrition. However, the prevalence of Stunting growth has reduced by 7% in the past five years amongst children under the age of 5. “Furthermore, the country relies heavily on its climate-sensitive land, water and forest resources for livelihoods and food security, – with agriculture remaining a crucial source of employment for 42% of the population.”

“Despite the global pushback, we have made commendable progress in alleviating poverty, achieving gender equality and sustainability.”

“Lastly, I would like to express my sincere gratitude to the Honorable Speaker for supporting the vision of holding a National Meet on SDGs. I would also like to thank my team from SDGs Secretariat, Special Initiatives, Media wing National Assembly Secretariat for their efforts and Mustehkam Parliamaan, project by EU – for partnering with us in organizing this conference,” she concluded.

Federal Minister for Planning, Development and Special Initiatives Ahsan Iqbal in his keynote address said the country needed a national consensus of all the political parties to ensure a unified and collective effort to achieve the SDGs as no nation could achieve the development goals amid polarisation and division in all strata of the state.

“The SDGs are achievable through broad national consensus, nuance and indigenous approach, development of local level awareness and ownership of SDGs with a multi-stakeholder engagement of religious leaders, and local governments for their individual role to ensure implementation of development goals,” he added.

EU Ambassador Dr Riina Kionka in her introductory remarks said the EU was very pleased to be with the SDGs taskforce Secretariat of Pakistan and also recognised Pakistan’s efforts for achieving SDGs by 2030.

She added that Pakistan has designed a comprehensive provincial and federal level SDGs framework. The EU Envoy said, “Pakistan lags behind its peers in achieving SDGs. Despite early progress, the continuity in poverty and unemployment remains a concern. However, its important to recall that people are the centre of every endeavour linked to SDGs.”

Dr Kionka said achieving the SDGs demanded tough political choices whereas the Pakistani parliament had a critical role in achieving SDGs with critical legislation and its strict implementation to ensure the accomplishment of development goals. 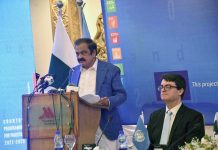 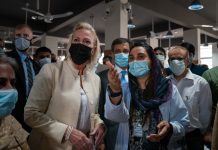 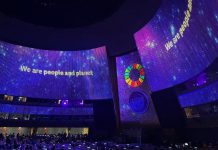 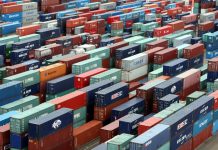 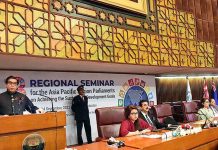 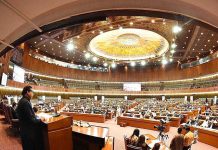 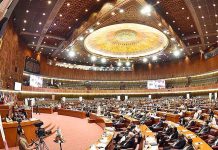 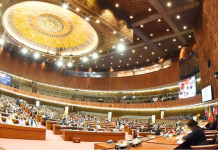 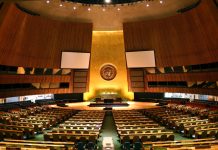