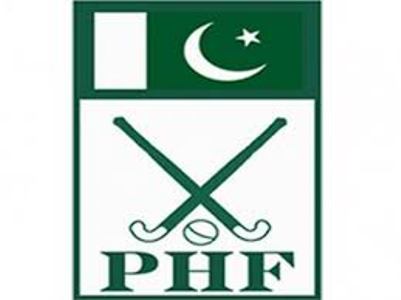 ISLAMABAD, Jun 22 (APP): On the instructions of Pakistan Hockey Federation (PHF), exhibition matches and events would be held in all the adjoining units on the occasion of Olympic Day.

To celebrate Olympic Day in a grand manner and to pay tribute to the Pakistani national heroes who raised the crescent flag at the United Nations in the history of the Olympics Exhibition matches and events would be held in all the adjoining units on the instructions of Pakistan Hockey Federation.

In this regard, under the auspices of Khyber Pakhtunkhwa (KPK) Hockey Association, four teams comprising senior and junior hockey teams would play exhibition matches at Lala Ayub Stadium, Peshawar.

Under the auspices of Punjab Hockey Association, Olympians XI and International XI exhibition hockey match will be played on Wednesday at 5 pm at National Hockey Stadium, Astroturf Ground No. 2, Lahore.

The special guest of this match would be Manzoor Jr., the winning captain of 1984 Los Angeles Olympics and one of the most medal winning players in the world of hockey. Col. R. Asif Naz Khokhar Secretary Punjab Hockey Association would be the chief organizer of the event.

Referring to the Olympic Day, Secretary General Pakistan Hockey Federation Olympian Asif Bajwa said PHF would celebrate Olympic Day in a grand manner and instructions have also been issued to all affiliated units of PHF to plan Youth Activity to commemorate this wonderful day and host exhibition hockey matches and events.

He said as Secretary PHF on the occasion of Olympic Day, I pledge that Pakistan hockey team would be a part of Olympics in the upcoming Olympic Games.