LAHORE, Oct 06 (APP): Lawrence Booth, Editor of Wisden Cricketers’ Almanack and writer for the Daily Mail, and respected broadcaster Mike Haysman are the star features of the 36th Pakistan Cricket Board Podcast

Booth discusses England and Wales Cricket Board’s decision to withdraw their sides from next week’s tour of Pakistan, while Haysman shares his experience of commentating in the National T20 and highlights the talent and quality of cricket he witnessed in the Rawalpindi-leg matches.

The Podcast begins with a special message from Vernon Philander, who was last month named as Pakistan side’s bowling coach for the ICC Men’s T20 World Cup. The former South Africa fast bowler will arrive in Lahore on 7 October.

The PCB Digital team also caught up with Pakistan Shaheens captain Saud Shakeel during the National T20 in Rawalpindi. The left-handed top-order batter looks ahead to the tour of Sri Lanka for two four-day matches and three 50-over games to be played in Kandy and Colombo from 28 October to 14 November.

The show also includes interviews of Dr Najeeb Soomro and Tania Mallick, who recently started their journey at the Pakistan Cricket Board as Chief Medical Officer and Head of Women’s Cricket, respectively. The two experienced professionals spoke at length on their roles, responsibilities, targets and objectives. 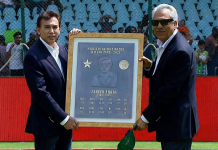 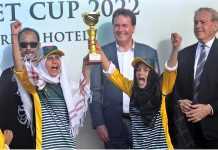 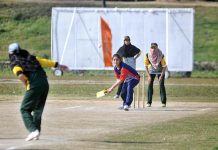