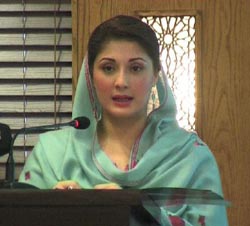 “Imran Khan is a non-issue now, and we should not give him any weightage and rather put our collective efforts towards resolving the country’s issues,” she said while talking to the media here.

Maryam said she always believed in democracy and democratic norms, but did not consider the PTI a political party. It was now the responsibility of all the political parties to come forward and expose a ‘hypocrite and imposter’ Imran Khan before the nation.

She said on one hand Imran Khan had no guts to point out the the names of Mr X and Mr Y and on the other he was inciting his party workers to retaliate the alleged threats. Ironically, he always kept his supporters in dark about his late night meetings, she added.

To a question, Mariam claimed that the government in Punjab was unconstitutional and Chief Minister Pervaiz Elahi had to go home sooner or later for the betterment of the province.

She said Imran Khan repeatedly blamed the United States for toppling his government, but after a big U-turn he had now embarked on lobbying with that country.

The PML-N leader lambasted Imran Khan for ‘maligning’ state institutions and alleged that he and his coterie were fully involved in corruption, while the National Accountability Bureau (NAB) had failed to produce any evidence in the cases registered against the PML-N leadership, including herself.

She said the violation of agreement with the International Monetary Fund (IMF) by the PTI government and Imran Khan’s incompetence were the main reasons for current inflation.

Condemning the robbery incident in Fouzia Shahid’s home at Media Town, Islamabad, she said the interior minister would be asked to look into the unfortunate issue. 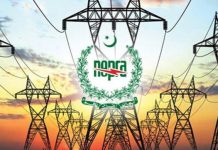 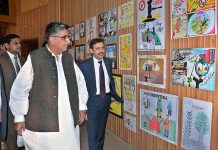 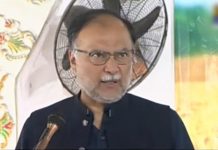