ISLAMABAD, Jun 02 (APP):Minister of State for Law and Justice Malik Shahadat Awan on Thursday informed the Senate that government is taking steps to improve the performance of Pakistan Railways (PR) and would provide maximum facilities to the people.

Replying to supplementary questions during Questions Hour in Senate, he expressed the hope that there would be an outstanding performance of railways in future, adding that the last three years performance of PR was in front of us as number of tragic accidents took place.

Awan said that ministry had purchased 20 locomotives in 2017, adding that at present all the DE locomotives are in working condition.“The reliability and availability of this particular fleet has mostly remained above 95 percent against the bench marck of 85% “, he added.

Shahadat Awan said that the Railways infrastructure in Balochistan is being maintained as per available resources in order to provide safe and secure travel to the passengers.
Minister of State said that Railway Track in Balochistan consists of Sibi Quetta-Chaman, Spezand-Taftan and Sibi-Hurnai and some portion of Jacobabad Sibi Section.

He said that improvement of passengers’ amenities has been carried out by providing wash room, drinking water and renovation of waiting rooms at various station buildings.
In addition, Shahadat Awan said that ten stations’ buildings have been renovated and rehabilitated on Sibi Harnai-Khc section, alongwith repair of 25 bridges. 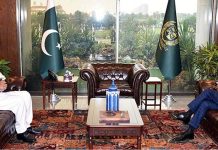 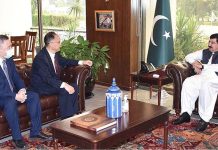 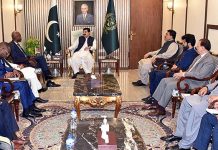 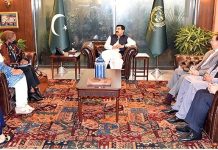 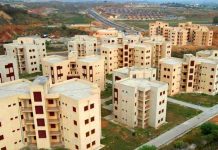 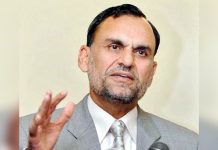