QUETTA, Aug 15 (APP): Chief Minister Balochistan Abdul Quddus Bizenjo on Monday expressed his gratitude on behalf of the people and government of the province for the special interest of Prime Minister Mohammad Shehbaz Sharif in the relief and rehabilitation of flood-ravaged people of Balochistan.

During the Relief Coordination Committee meeting chaired by the Prime Minister through video link, the Chief Minister said that Balochistan has been severely affected by the rains and the government is using all resources to provide immediate relief to the victims.

“The cooperation of the federal government for relief and rehabilitation operation is very important as the Prime Minister has personally visited the affected districts and reviewed the prevailing situation,”

The Chief Minister however, emphasized the need to speed up the efforts of NDMA.
The CM Balochistan agreed for conducting a joint survey of damages with the federal institutions, for which the CM Balochistan was the focal point of the province.

The chief minister also underlined the need to start the survey immediately and reduce its duration.

On this occasion, Chief Secretary Balochistan Abdul Aziz Aqili informed the meeting about the losses, relief activities and the needs of the province.

CS said that the notification of flood-affected union councils has been issued and sent to the federal government. 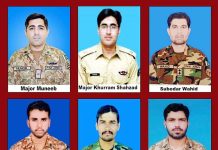 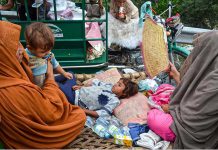