He directed administrator Karachi to install heavy pumping machines in the DHA areas where water had accumulated.

He visited nullah at Shaheen Complex and inspected its smooth flow right from Shaheen Complex towards Clifton. He got a cesspool installed at the road to dispose of accumulating water in the low-lying areas of the Ziauddin Road.

The chief minister on Chundrigar road visited nullah at City station, then at Habib Bank plaza and inspected flow of water there. At Habib bank plaza the flow of the nullah was slow therefore he installed a mobile pumping system there to speed up the flow of the rain water.

While visiting Tower, Murad Ali Shah discovered that it was usually submerged with the choking of storm water drains running along the stock exchange building and KPT godowns. He directed the water board to install two suction systems- one at the low-lying area of Tower and the other at the backside of the KPT godowns to keep disposing of the accumulating water in the sea towards Native Jetty.

Murad Ali Shah visited different localities, Imambargah Hussainian Iranian- Kharadar, Mithadar Lee Market and their adjoining areas and inspected proper disposal of the rainwater and smooth flow of the nullahs in Lyari. The areas of Lyari were clear and there was no rainwater on the roads.

The chief minister also visited Garden East and West areas and then went to inspect underpasses at KPT and Submarine Chowrangi and inspected their dewatering system.

Murad Ali Shah visited different nullas passing through Shahrah-e-Faisal where the water board and other concerned staff was on duty.

He visited Provincial Disaster Management Authority (PDMA), Sindh office where he was received by Advisor on Relief & Rehabilitation Haji Rasool Bux Chandio. He was briefed there about the rain monitoring system and rain gauge system installed at PDMA.

Murad Ali Shah visited different areas of DHA and witnessed rainwater accumulated on different roads and streets. He directed Administrator KMC to move cesspool and suction machines to DHA and get the accumulated water disposed of.

While talking to media, the chief minister said that he was making all-out efforts to keep the rainwater disposed of in time. “It has been raining since 5 am but our concerned officials along with their ministers are on the roads to ensure proper disposal of rainwater,” he said.

Shah said that almost all the nullas, including those constructed along the main arteries of the city have been cleaned. “I am sure the on-going third spell of heavy rain would not cause any serious issue,” he said.

The CM said that the people of this city have witnessed the performance, sincerity and commitment of the government that was why the previous spell of heavy downpour did not submerged the city. 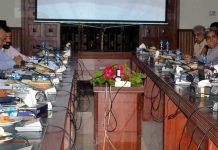 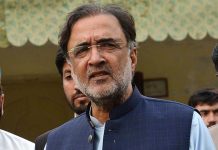 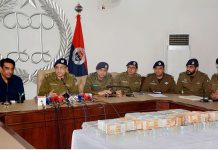 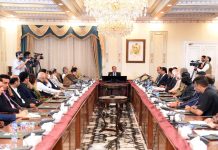 Court seeks arguments on maintainability of reference against Sindh CM 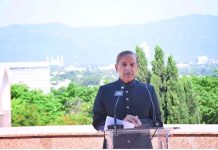 Entire army, from Jawans to Generals, patriotic; should be no question about patriotism of any army chief: President 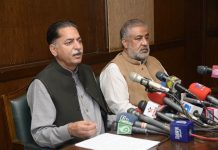 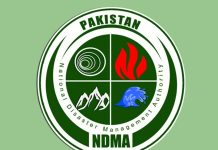 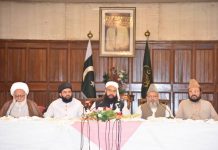 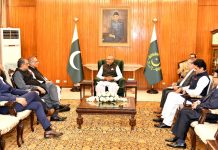