BAHAWALPUR, Aug 10 (APP):Special Assistant to the Prime Minister on political communication Shehbaz Gill Tuesday claimed that the purchase power of the people has been increased by 37 percent due to dynamic polices of the government.

He was addressing a news conference here. Earlier, he arrived in Bahawalpur to review arrangements regarding Prime Minister’s expected visit to Bahawalpur on Wednesday (August 11).

He said that according to statistics; purchasing power of common people in Pakistan had been increased by 37 percent in comparison with previous regimes. He said that due to dynamic policies introduced by the Pakistan Tehreek-e-Insaf (PTI) government, the purchasing power of farmers community has increased by 46 percent after the country obtained recorded agricultural yields.

“It is evidence of increase in purchase power of people that record sale of vehicles and motorcycles were reported during current year,” the SAPM said.

He said that Prime Minister Imran Khan was expected to visit Bahawalpur on Wednesday where the premier would address Kisaan Convention and inaugurate agricultural research institutes and other mega projects.

He said the farmers were ignored and neglected in previous regimes. However, he said, Premier Imran Khan paid special attention towards issues and problems confronted by the farmers.

“Credit goes to Prime Minister Imran Khan for taking stern action against sugar mills mafia and other mafias who had victimized farmers for last several years,” he said.

He said that due to actions taken by the prime minister and policies introduced by PTI government, farmers got payment from sugar mills without any delay.

He said that Federal Minister for Information and Broadcasting Fawad Chaudhry ensured payment of tens of millions of rupees to media outlet owners on head of advertisements. He urged media organizations to increase salaries of their media workers.

Gardezi said that Bahawalpur region was neglected by the previous regimes but the current government had paid special attention to this region to make it a developed one. 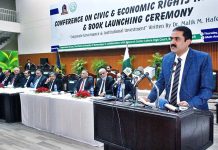 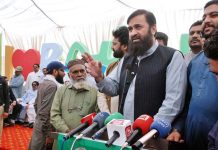 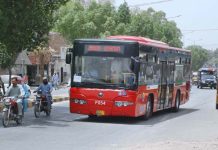 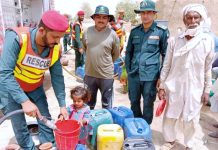