LAHORE, Feb 13 (APP):Federal Minister for Science and Technology Chaudhry Fawad Hussain said on Saturday that the government was making all-out efforts to revive the manufacturing industry in the country as it was necessary for strengthening national economy.

He was addressing the inaugural ceremony of LCCI app for apple IOS and upgraded website of the LCCI Radio FM 98.6 at the Lahore Chamber of Commerce & Industry (LCCI) building here.

He said, “Manufacturing produces a number of positive results like creation of new job opportunities.”

He said that credit goes to Prime Minister Imran Khan that after a very long time, industrial units had been revived in the country.

For the first time in country’s history, the civil and military interface had been created and now both were sharing their researches with each other, he added.

He said that Pakistan was importing medical equipment when the first wave of COVID-19 hit the country, but now it was among those 18 countries which were manufacturing ventilators.

Fawad Ch said that it was important to keep an eye on technological advancements besides observing that which businesses had good scope in the market and which were getting obsolete.

He said that 5G technology would bring about a big revolution, adding that the country needed a stable internet to benefit from technological advancements.

The minister said that the country’s future was linked with technology, and added that merger of technology and biotechnology was of utmost importance.

Fawad Chaudhry said that cannabis was an alternative to cotton and its production would benefit economy at a large scale.

He said that farms for cannabis production were being established in Jhelum, Peshawar, Chakwal and Islamabad.

He told the participants that Pakistan had the most lucrative electric vehicles auto policy. In the coming three years, electric vehicles would take over the market in main cities, and would definitely help reduce environmental pollution, he hoped.

Fawad Ch said that the decision in the past to turn Pakistan’s economy into import-based on the pattern of Dubai and Singapore was wrong, adding that the country with a population of about 220 million people could not sustain import economy.

The minister said that businessmen could get guidance regarding business trends from his ministry.

He said, “I think privatisation is a way forward and the government should keep itself in regulation only.”

He said that a leading company would establish a manufacturing plant for dialysis equipment in Pakistan.

Later, talking to the media, he said that in the past, power generation plants were set up without any planning, adding that even after an increase in the power tariff, the government was paying half price of electricity.

To a question, he said that electoral reforms bill was in the parliament and if the opposition gave its input in this regard, it would be great.

Earlier, LCCI President Mian Tariq Misbah said, “In this era of information-technology and digitalization, every professional and organisation has to keep pace with the requirements of modernization.”

He said that the LCCI had launched its app in December 2020 for android users, but keeping in view the needs of iPhone users and ensuring its presence on Apple App Store, our team had introduced another edition of LCCI App.

He said that Lahore Chamber also enjoyed the distinction of having state-of-the-art setup of FM Radio. He said that the Chamber team had also upgraded the website of LCCI FM Radio. He lauded the efforts of Muhammad Haroon Arora in this regard.

He said that greater share of funds should be allocated to facilitate the export oriented businesses like pharmaceuticals, halal food etc.

He said, “Pakistan needs to invest more in its testing infrastructure to bring it on a par with the international standards to achieve the desired goals in terms of greater export volumes.” 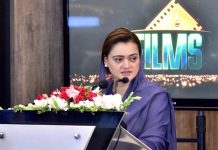 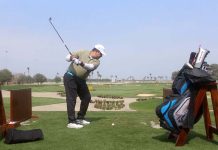 Golfer hitting the ball in a practice session during inaugural ceremony of Signature Golf and Country Club at DHA. 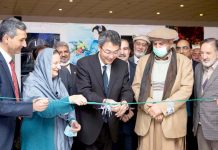 Head of Public Affairs Section Embassy of Japan Ryuji Iwasaki and other Officials cutting ribbon during the inaugural ceremony of Japanese Calendar Exhibition 2022... 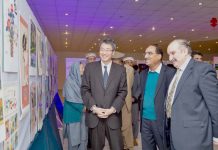 Head of Public Affairs Section Embassy of Japan Ryuji Iwasaki and other Officials viewing calendars during the inaugural ceremony of Japanese Calendar Exhibition 2022... 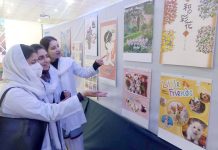 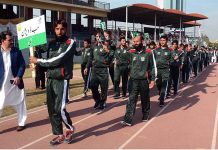 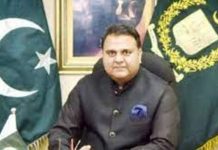 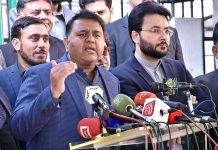 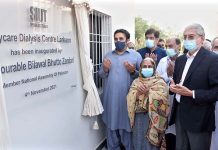 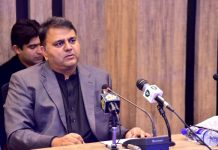