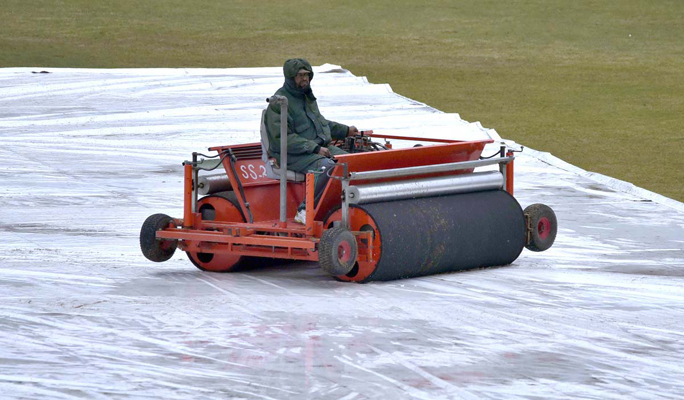 RAWALPINDI, Dec 13 (APP):The cricket in Rawalpindi saw another frustrating day as only 5.2 overs were bowled on the day three of the first Test match of the two-match series between Pakistan and Sri Lanka at Pindi Stadium on Friday.

Sri Lanka were set to resume their innings from their overnight score of 263 for six rain but the entire first session was abandoned due to wet field.

Eventually, the play began at 01.10 p.m. and the guests added 19 runs to their overnight total but bad light intervened to put a full stop on the proceedings.

With no signs of improvement in the conditions, the umpires decided to call it a day. Dhananjaya de Silva, who remained undefeated added another 15 runs to his yesterday’s score to reach on 87 off 151 balls that included 13 boundaries. His partner Dilruwan Perera also remained unbeaten on six.