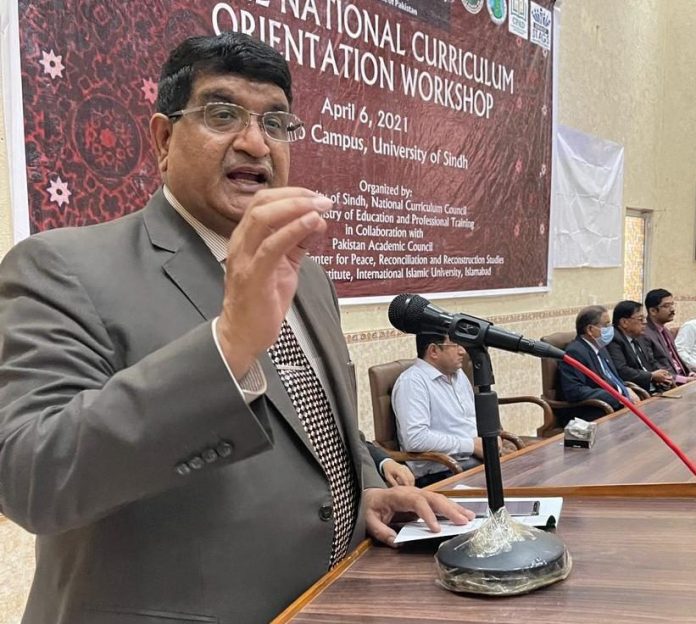 HYDERABAD, Apr 06 (APP): The speakers at a two-day seminar emphasized the need for concerted effort to disseminate the message of Paigham-e-Pakistan initiative among all segments of the society with special focus on youth across the country.

Held at University of Sindh Jamshoro, the seminar “Paigham-e-Pakistan and Dukhtaran-e-Pakistan” was arranged with the collaboration with Paigham-e-Pakistan Centre for Peace, Reconciliation and Reconstruction Studies(PCPRRS), Islamic Research Institute and International Islamic University, Islamabad.

The speakers emphasized that the youth should be engaged in healthy activities so that they could play a vital role in peace building activities as the Paigham-e-Pakistan was the message of restoration of peace in the country.

The Vice Chancellor University of Sindh Prof. Dr. Muhammad Siddique Kalhoro while speaking on the occasion said that they all had to create a sense of oneness and harmony among the youth of Pakistan through Paigham-e-Pakistan Conference which could counter negative attitudes and promote collective far-sightedness of nation.

“We believe that there should be no space for ethnicity, social and religious divide in this country’, he said. 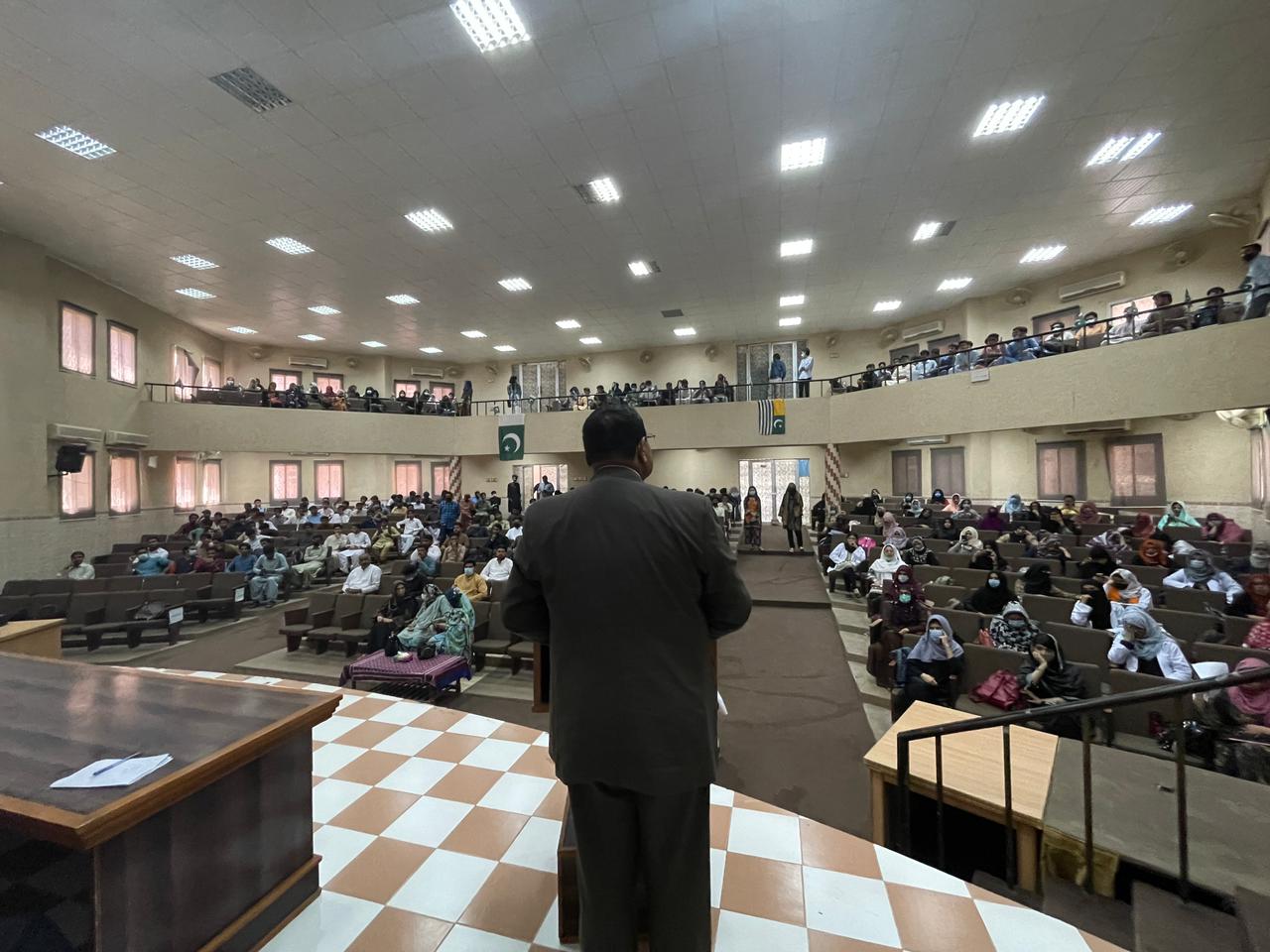 The University of Sindh possesses hostels where as many as 1500 girls hailing from every nook and corner of the province are housed, he said and added the females could play their due role only when they will be educated and skilled, he opined.

“Our youth, women and faculty are the main source for promotion of peace in our society and peace can be placed only when we acknowledge difference of opinion and let everyone express ones thoughts without any violent or extremist approaches”, he said.

The Director PCPRRS Dr. Zia-ur-Haq said that Paigham e Pakistan was the message of restoration of peace in the country. “We may have grievances but that doesn’t mean that we have to gun down our own people”, he said.

He requested to the youth to play their role in the development of the country. He said that Paigham e Pakistan believed in the struggle for providing equal opportunity to all nations living in the country.

Dr Haq emphasized that it was the responsibility of the youth of Pakistan to counter sectarianism, extremism and terrorism and build a society, which promoted tolerance, peace and living in harmony. 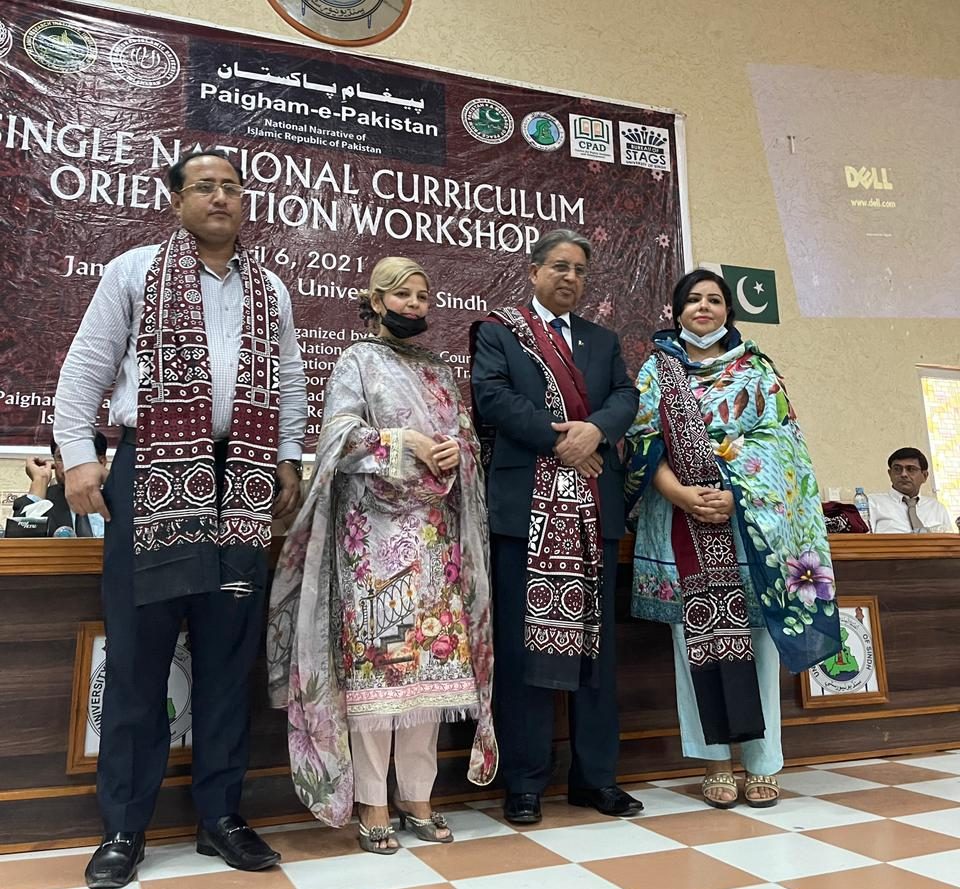 Another speaker Dr Ayaz Shah called upon the critical role of youths in peace building in light of Paigham-e-Pakistan and the “Code of Conduct” and said that the country’s narrative regarding promotion of harmony, tolerance and social unity will prove very important for future of the nation.

He opined that Islamic teachings were the best source to utilize the energies of youth as they could be the most importance force to disseminate Islam’s message of peace.

He said seminaries and shrines were enjoying unprecedented liberty in the country; as such freedom was not being enjoyed in any other country of the world.

This narrative was launched on January 16, 2018 and agreed upon by the people from all school of thoughts, Ulema, civil society, religious and political parties as complete code of life, he said.

“It is our national duty to propagate Paigham-e-Pakistan in every corners of the country for the promotion of peace, harmony and prosperity’, he emphasized. 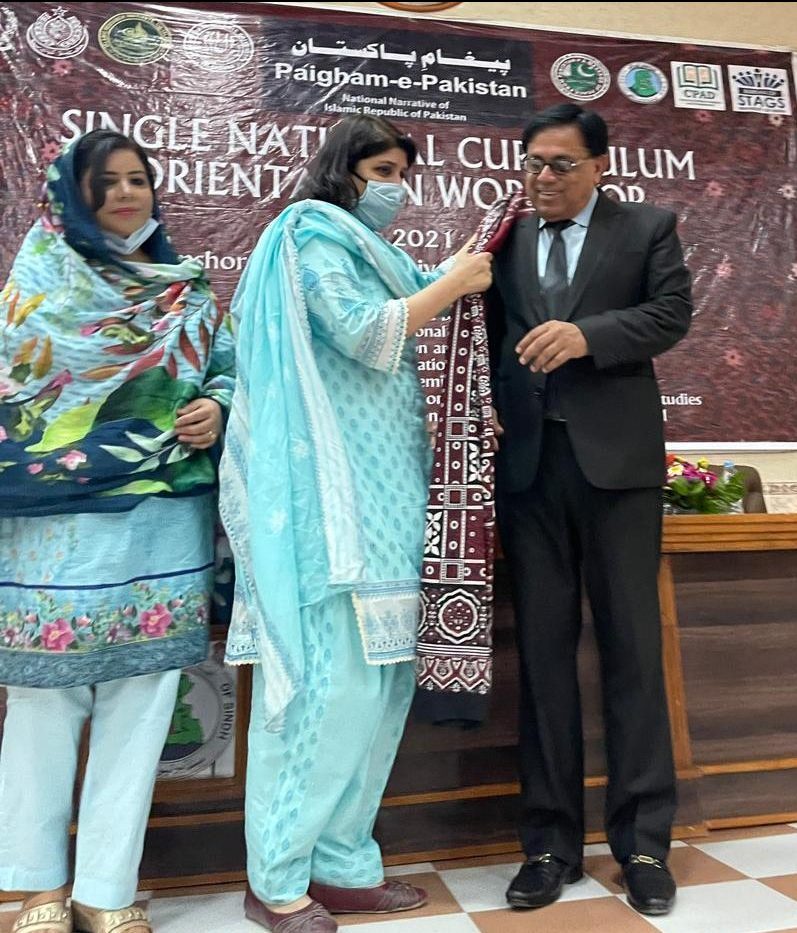 He said that it was the time for the state and government to provide employment opportunities to the youth of Sindh in a peaceful and prosperous environment.

“The role of youth in the development and growth is important. Pakistan can only proper when the new generation will come up with patriotic vision and toil & try to seek various skills to serve the country in any form”, he said.

The Director Sindh University’s Pakistan Study Centre Dr Shuja Ahmed Mahesar said that the University of Sindh felt proud to host the seminar under the theme of Paigham-e-Pakistan Program (National Narrative of Islamic Republic of Pakistan).

He said that the conduct of various scholarly, cultural and recreational events under Paigham-e-Pakistan were key to eradicate all kinds of hatred from our society and a way forward on the path of peace, progress and prosperity for the people of Pakistan.

The Dean Faculty of Social Sciences Prof. Dr. Zareen Abbasi talked solely on the second part of the topic of seminar “Dukhtaran-e-Pakistan” (Daughters of Pakistan). She said that she was a daughter of Pakistan and had been contributing for her country by imparting higher education at the university.

She highlighted the role of women in the development of the province and called for facilitating the introduction of necessary programs, services and exposures for the talented youth especially girl students of the University of Sindh.

She expressed the hope that the event would offer new perspectives for further deliberation for sustainable streamlining of the youth of province for social cohesion and national integration.