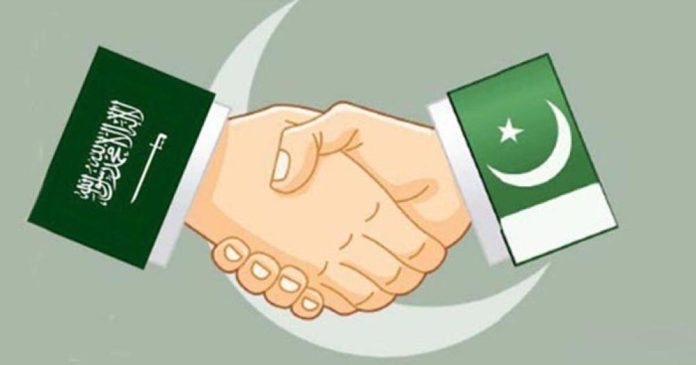 Prime Minister Imran Khan, who arrived in Saudi Arabia on Saturday on a three-day official visit, will also participate in the Forum and interact with investors from Saudi Arabia and Pakistan to encourage trade and investment at bilateral level.

A delegation of leading Pakistani entrepreneurs and investors including from housing and construction sector reached the Saudi capital on Sunday to attend the Investment Forum being organised in cooperation with Saudi Ministry of Investment.

Muhammad Arif Habib, a renowned Pakistani businessman and Chairman Arif Habib Group, while talking to APP said that with over 2 million Pakistani expatriates working in the Kingdom and contributing in its economic development, there was a need to enhance business to business relations between the two brotherly countries.

Similarly, he said, during their B2B level interaction with Saudi businessmen and entrepreneurs at B2B, they will apprise them of the potential of investment in different sectors of Pakistan including, housing, construction, real estate, oil and gas etc.

Sohail Tabba, another one of the leading businessman and Chairman ICI Pakistan, told APP that 2030 vision of Saudi Arabia had opened a gate for increased trade and investment relations between the two countries.

He said that enhanced employment opportunities in Saudi Arabia due to vision 2030 in diverse areas including Information Technology will also help Pakistani skilled and educated youth in getting jobs.

Sohail Tabba said that as Pakistan had already registered significant increase in workers’ remittances, which had reached around US $ 31 billion, Saudi Arabia was one of the major contributors.

He credited the present government’s policies and enhanced facilitation to Overseas Pakistanis for increased inflow of remittances and said the remittances could increase to US $ 40 billion.

Salah Sheikh, a Saudi Industrialist dealing in sports and leather goods, stressed for joint ventures in sports and leather products for mutual benefit.
He appreciated the world class quality of Pakistani sports goods especially football and said it was used worldwide and in the World Cup.

Sabah Sheikh said that as Prime Minister Imran Khan was a sportsman and sports-lovers, his government will encourage bilateral cooperation and joint ventures in the manufacturing of sports and leather products.

“Instead of looking towards other countries brands, we can develop our own brands for mutual benefit”, he said adding that the Saudi-Pak Investment Forum on Monday will provide opportunity to the businessmen and entrepreneurs from both the countries to discuss such joint venturers.