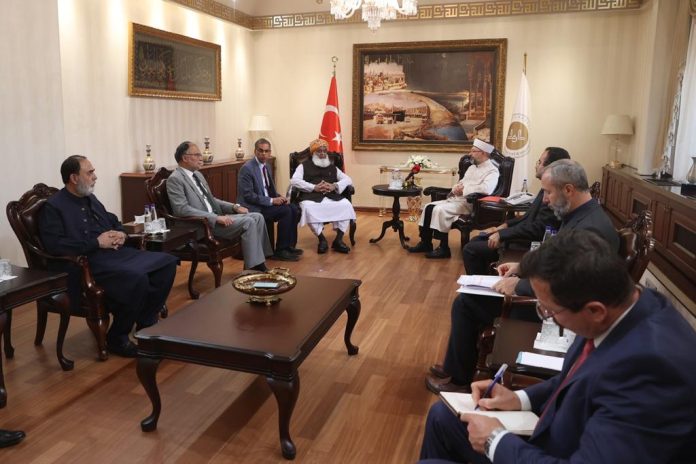 ISLAMABAD, Aug 12 (APP):Federal Minister for Planning Development & Special Initiatives Professor Ahsan Iqbal has underlined the need to spread the true image of Islam through good governance, protection of human rights and ensuring equality and development for all.

The Minister made these remarks while meeting with Prof Dr. Ali Erbas, President of Türkiye’s Presidency of Religious in Ankara, according to a statement received here on Friday.

He also sought a closer cooperation between Pakistan and Türkiye’s in experience sharing and mutual learning on administration of religious affairs.

It is noted that the Federal Minister for Planning Development & Special Initiatives is on an official visit to Turkey where he held meetings with several officials of Türkiye’s.

During the meeting, both have agreed to partner and strengthen the capacities of religious institutions to fight exploitation of religion to destabilize the societies. “There is a dire need of hour to work together to spread the true picture of Islam and to counter the hatred from the societies, said Professor Ahsan Ibqal.

Fondly recalling his visit to Pakistan earlier this year, Dr. Ali Erbas reiterated the two countries’ strong common linkages in religious, historical, political and civilizational bonds. He also briefed the delegation on the structure, organization and working of the Turkish Presidency of Religious Affairs, which is the country’s main body to oversee religious affairs. He shared Türkiye’s experience in managing religious establishments within the country as well as abroad. 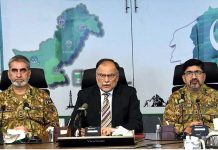 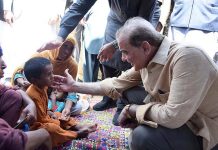