The Egyptian Minister remarked that it is one of the largest events compared to previous conferences Egypt has hosted in terms of participation.

The Federal Minister noted that climate threat has rapidly turned into a new reality. It is not about North or South, it’s about us, a message received here on Wednesday quoted Prof. Ahsan Iqbal as saying.

The events induced by climate change are creating problems for developing countries due to acute fiscal crunch due to rising inflation and global slowdown, highlighted the Federal Minister.

He further said that in Pakistan, the worst thing happened during the recent devastating floods is that poorest of the poor suffered the most as disaster hit the poorest regions the most.

The Government is working on resilient recovery, rehabilitation and reconstruction (4R) strategy to build better adaptability for mitigating impacts of future disasters.

Both the Ministers exchanged views on solutions to problems being faced by developing world and agreed to share experiences in resolving such problems while benefitting from each other’s experiences. 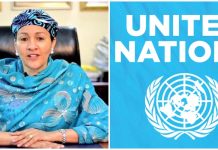