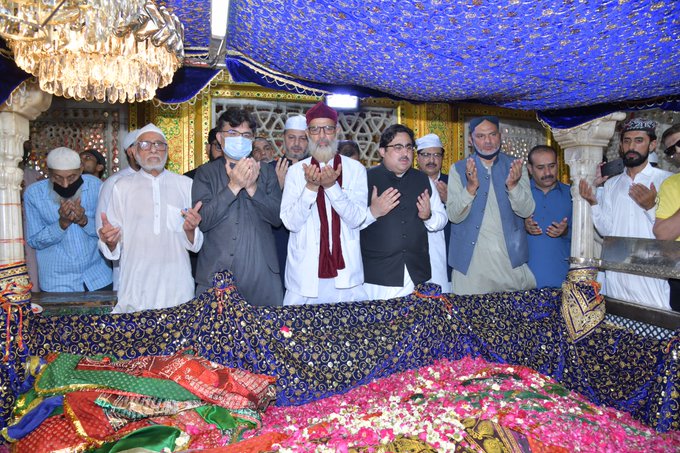 ISLAMABAD, My 19 (APP): A group of 110 Pakistani pilgrims Thursday visited the shrine of Hazrat Amir Khusro (RA) in New Delhi.

Accompanied by Pakistan’s chargé d’affaires in New Delhi Aftab Hasan Khan, the Pakistani pilgrims also placed the traditional ‘chaadar’ at the shrine, on behalf of the government and people of Pakistan.

The group of Pakistani pilgrims is visiting New Delhi to participate in the 718th Urs of Hazrat Amir Khusro (RA).

The charge d’affaires and the pilgrims were greeted by custodian of the shrine Dewan Syed Tahir Nizami and other members of shrine committee.

After laying the Chaadar at the shrine, the pilgrims offered Fateha.

Dewan Syed Tahir Nizami also did the dastarbandi of the charge d’affaires and the group leader of pilgrims on the occasion.

The diplomat and the pilgrims also visited the shrine of Hazrat Nizamuddin Aulia (RA), located in the same compound, and offered Fateha.

Pakistani pilgrims attended the annual Urs under the framework of the 1974 India-Pakistan protocol on visit to religious shrines. 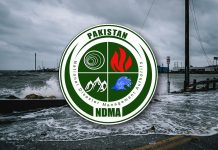 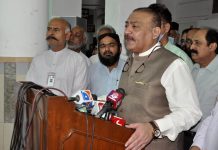