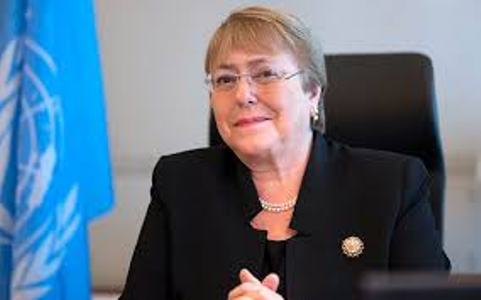 In a statement issued in Geneva, she appealed to New Delhi to safeguard the rights of human rights defenders and NGOs, and their ability to carry out their crucial work on behalf of the many groups they represent.

Bachelet expressed regret at the tightening of space for human rights NGOs in particular, including by the application of vaguely worded laws that constrain NGOs’ activities and restrict foreign funding.

“India has long had a strong civil society, which has been at the forefront of groundbreaking human rights advocacy within the country and globally,” the High Commissioner said. “But I am concerned that vaguely defined laws are increasingly being used to stifle these voices.”

The UN rights chief cited as worrying the use of the Foreign Contribution Regulation
Act (FCRA), which a number of UN human rights bodies have also expressed concern is vaguely worded and overbroad in its objective. The Act prohibits the receipt of foreign funds “for any activities prejudicial to the public interest.”

The Act, which was adopted in 2010 and was amended last month, has had a detrimental impact on the right to freedom of association and expression of human rights NGOs, and as a result on their ability to serve as effective advocates to protect and promote human rights in India. It is expected that the new amendments will create even more administrative and practical hurdles for such advocacy-based NGOs. Most recently, Amnesty International was compelled to close its offices in India after its bank accounts were frozen over alleged violation of the FCRA.

“The FCRA has been invoked over the years to justify an array of highly intrusive measures, ranging from official raids on NGO offices and freezing of bank accounts, to suspension or cancellation of registration, including of civil society organizations that have engaged with UN human rights bodies,” Bachelet said.

“I am concerned that such actions based on the grounds of vaguely defined ‘public interest’ leave this law open to abuse, and that it is indeed actually being used to deter or punish NGOs for human rights reporting and advocacy that the authorities perceive as critical in nature. Constructive criticism is the lifeblood of democracy. Even if the authorities find it uncomfortable, it should never be criminalized or outlawed in this way.”

The UN Human Rights Committee – which oversees implementation of the International Covenant on Civil and Political Rights to which India is a party – has found that when a State invokes national security and protection of public order as a reason to restrict the right to freedom of association, the State party must show the specific nature of the threat or risks posed, and limit its responses to those necessary and proportionate to address such threat or risks.

Activists and human rights defenders have also come under mounting pressure in recent months, particularly because of their engagement in mass protests against the Citizenship Amendment Act that took place across the country earlier this year. More than 1,500 people have reportedly been arrested in relation to the protests, with many charged under the Unlawful Activities Prevention Act – a law which has also been widely criticized for its lack of conformity with international human rights standards.

Charges have also been filed under this law against a number of individuals in connection with demonstrations that date back to 2018. Most recently, the 83-year-old Catholic priest Stan Swamy, a long-standing activist engaged in defending the rights of marginalized groups, was charged and reportedly remains in detention, despite his poor health.
“I urge the Government to ensure that no one else is detained for exercising their rights to freedom of expression and peaceful assembly – and to do its utmost, in law and policy, to protect India’s robust civil society,” the High Commissioner said.

“I also urge the authorities to carefully review the FCRA for its compliance with international human rights standards and to release people charged under the Unlawful Activities Prevention Act for simply exercising basic human rights that India is obligated to protect.”

Earlier this year, in a welcome development for advocacy-based NGOs, India’s Supreme Court significantly narrowed the definition of what constitutes a “political activity” under the FCRA. “I encourage India’s national institutions to strengthen the social and legal protections that enable civil society to function freely and contribute to progress,” the High Commissioner said.

Bachelet said the UN Human Rights Office would continue to closely engage with the Government of India on issues relating to the promotion and protection of human rights, and will also continue to monitor developments that positively and negatively affect civic space and fundamental rights and freedoms. 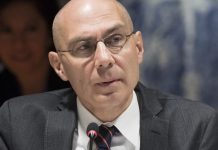 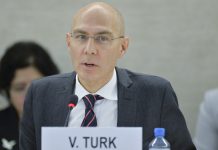 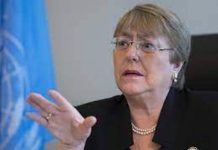 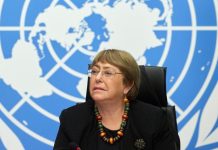 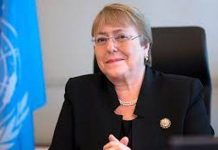 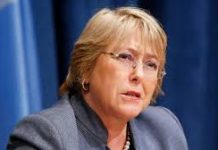 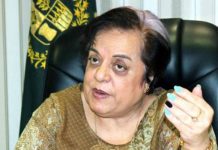