He visited the grave of PPP chairperson Shaheed Mohtarma Benazir Bhutto. He laid a wreath at the grave.

The former president Asif Ali Zardari remained there for sometime,also recited from the Holy Quran and offered ‘Fateha’.

He visited the grave of former chairperson of PPP and First Lady, Madar-e-Jamhooriat Late Begum Nusrat Bhutto. He also offered fateha at the grave and laid wreath.

He also visited the grave of Late Shireen Amir Begum, the first wife of Shaheed Zulfikar Ali Bhutto and laid floral wreath at the grave.

Later, former president and Co-Chairman of PPP Asif Ali Zardari, addressing a meeting with office bearers and party leaders of Larkana District at Naudero House said that he was fighting for the rights of the people.

He further said that the youth of Sindh had proved themselves in every field including education through their hard work. “I am very concerned for the youth of Tharparkar, and we will soon set up a university in the city of Deeplo in Tharparkar district,” he said.

Asif Ali Zardari said that he was grateful to the friends of Balochistan who helped in defeating the PTI government in a democratic way. 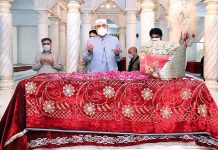 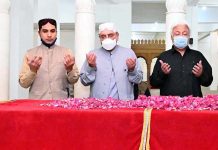 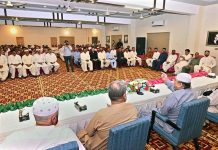 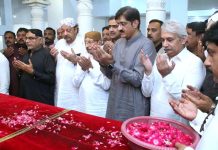 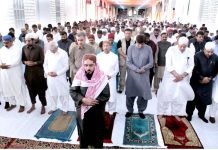 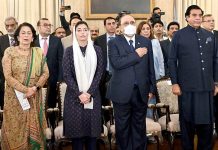 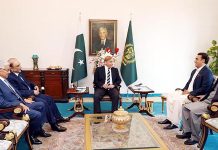 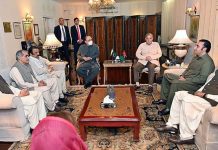 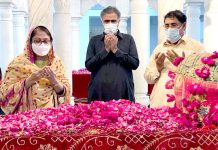 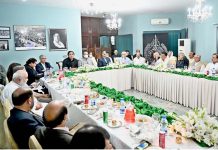