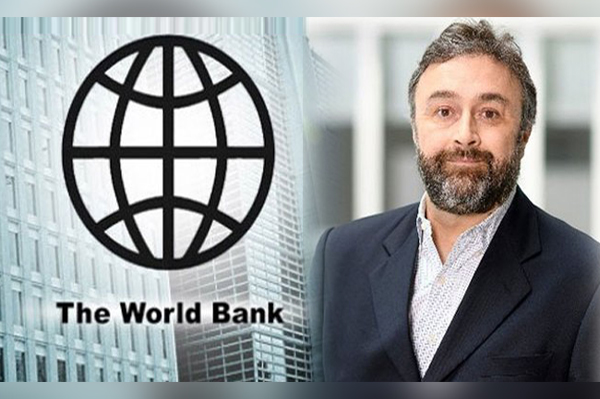 The projection gap of Pakistan’s Gross Domestic Product (GDP) growth rate for the fiscal year 2020-21 and 2021-22 between the World Bank and the Pakistan government is mainly due to uncertainties stemming out of the COVID pandemic, said Country Director World Bank for Pakistan, Najy Benhassine while talking to media here on Thursday, hoping that the final growth rate would be on the higher side.

The World Bank in its report published today has projected Pakistan’s GDP growth forecast for the fiscal year 2021-22 (FY22) at 3.4% against Islamabad’s target of 4.9% for the year. Similarly, the report also quoted the GDP growth rate for FY21 at 3.5% against the government’s provisional growth rate of 3.9% in FY21.

The “October 2021 Pakistan Development Update: Reviving Exports” report shows that the country’s real GDP growth rebounded to 3.5 percent in FY2021, after contracting by 0.5 percent in FY2020 with the onset of the global pandemic.

In addition, inflation eased, the fiscal deficit improved to 7.3 percent of GDP, and the current account deficit shrunk to 0.6 percent of GDP – the lowest in a decade.

“With effective micro-lockdowns, record-high remittance inflows and a supportive monetary policy, Pakistan’s economic growth rebounded in FY2021,” said Najy Benhassine, World Bank Country Director for Pakistan said while addressing a selected group of journalists here. “These measures, together with the expansion of the Ehsaas program and support to businesses, were key to strengthening the economy and recovering from the economic fallout associated with COVID-19.”

On the occasion, Economist at World Bank Pakistan, Zehra Aslam said the provisional data issued by the government was based on nine months, which was not final.

She, however said that the World Bank was relatively late in collecting data, so once the final figures were received, the growth data would be revised later.

With respect to reforms in various sectors of Pakistan, Mr Binhassine said the World Bank was satisfied and supporting the government’s reforms’ initiatives especially on revenue and power sides.

He said that the WB’s support to Pakistan government in GST harmonization was yielding fruits hoping that this would help increase in revenue by 1% of the GDP.

The World Bank is financing “Pakistan Raises Revenue (PRR)” programme with a $400 million IDA concessional credit. The programme launched by the Government of Pakistan is aimed at sustainably increasing domestic revenue by broadening the tax base and making it easier for citizens and businesses to pay their taxes.
Harmonization involves agreement among the federal government and the provinces to apply the same definitions, principles, and rates for GST on goods and services.

Harmonization will enable GST collection through a single online portal where firms will file, pay GST, and claim GST refunds for both goods and services at the same time.

Moreover, the WB country director said reforms in Pakistan’s power sector issue were multi-pronged and increasing tariff was not the only solution.

Likewise he also stressed on equitably sharing the burden of circular debt among all the stakeholders such as the government, consumers, and the generation companies.

However, he stressed that the 40% of consumers who fall in lower category and get the subsidy should be protected from the burden.

Replying to a question, he also hoped that the 6th review of Pakistan’s programme with the International Monetary Fund (IMF) would be concluded soon successfully.

Talking about Pakistan’s Current Account Balance, Shabih Ali Mohib, Lead Country Economist for Pakistan, World Bank said rising imports was not the issue but the main problem with Islamabad was that the exports remained stagnant during past decade, which should have to be increased by changing the export structure and export mix.

Meanwhile the report said that due to strengthened domestic demand, imports have grown much higher than exports in recent months, leading to a large trade deficit. To sustain strong economic growth, Pakistan needs to increase private investment and export more.

“The long-term decline in exports as a share of GDP has implications for the country’s foreign exchange, jobs, and productivity growth. Therefore, confronting core challenges that are necessary for Pakistan to compete in global markets is an imperative for sustainable growth,” said Derek Chen, Senior Economist, World Bank. “Since long-standing issues with the persistent trade gap have resurfaced, this edition of the Pakistan Development Update on “Reviving Exports” provides a timely, in-depth assessment and policy recommendations that can help spur exports.”

The report provides policy recommendations that can help improve Pakistan’s export competitiveness. The report recommended to gradually reduce effective rates of protection through a long-term tariff rationalization strategy to encourage exports besides reallocating export financing away from working capital and into capacity expansion through the Long-Term Financing Facility.

It also suggested to consolidate market intelligence services by supporting new exporters and evaluating the impact of current interventions to increase their effectiveness and design and implement a long-term strategy to upgrade productivity of firms that fosters competition, innovation and maximizes export potential.