ISLAMABAD, Nov 9 (APP): The United Nations is set to examine the human rights record of India on November 10 as the human rights organizations, in their reports, have already exposed its ruse of a secular polity with “serious regression” in human rights and constitutional protections under the BJP-led government.

The URP is a unique process involving a review of the human rights records of all UN member states which provides the opportunity for each state to declare what actions they have taken to improve the human rights situations in their countries.

In its report submitted to the UN, the Indian government claimed it to being firmly committed to the promotion and protection of human rights with its constitution guaranteeing civil and political rights, justice, liberty, equality, fraternity and individual dignity within a secular democracy.

However, the joint submissions of reports by around 70 human rights organizations across different countries challenged the Indian official position by highlighting the human rights abuses by India including the escalated crackdown on independent and democratic institutions, and using draconian sedition, counterterrorism, and national security laws to prosecute and harass human rights activists and journalists besides growing attacks, discrimination, and incitement against religious minorities.

In their statements, the human rights bodies called for the Indian government to enact a national anti-torture law, adopt legislation to criminalize hate speech and prevent communal violence, besides formulating rigorous anti-discrimination law and policies.

In its report, the European Centre for Law and Justice stated that despite its abolishment, the caste system was still very much prevalent, especially in rural areas and states that had anti-conversion laws.

The joint submission by Forum for UPR in Tamil Nadu; People’s Watch, Madurai (India) and Human Rights Defender’s Alert stated that the scheduled castes and scheduled tribes were economically deprived and socially marginalized, and lacked resources, access to education, employment and other income-generating opportunities.

The Kashmir Institute of International Relations stated that Jammu and Kashmir remained a blind side in the universal periodic review as under the Public Safety Act, Unlawful Activities (Prevention) Act and the Armed Forces Special Power Act, Indian armed forces and police were continuously committing grave human rights abuses in Jammu and Kashmir with impunity.

The HRW also stated that Kashmiris were facing repression after the government had revoked the state’s special constitutional status, with many detained.

“The government regularly shut down the internet in the region. There were growing restrictions on media, a number of journalists and human rights defenders had been arrested on spurious terrorism charges, and authorities regularly harassed critics, including through the use of counterterrorism raids,” the HRW observed.

The world body was told that many Adivasi/Tribal women in the custody of the police or other authorities were raped or sexually abused and during the UPR cycle, there had been a rampant misuse of counterterrorism legislation to persecute human rights defenders, journalists and persons critical of the government, such as the Unlawful Activities (Prevention) Act, the National Security Act and the Jammu & Kashmir Public Safety Act.

The UN’s attention was also drawn towards mob violence or lynching by Hindu nationalist vigilante groups targeting minorities with the Amnesty calling for the accountability of public officials who advocated religious hatred.

The lawyers’ bodies, in their submission, told the UN that human rights lawyers were the subject of physical attacks in connection to their professional activities.

Amnesty stated that independent media outlets, journalists and human rights activists were threatened and intimidated through the misuse of over-broad financial laws and censorship of dissenting reportage.

It was also reported that peaceful protesters had been charged with offences under the Unlawful Activities (Prevention) Act and the Indian Penal Code, including for sedition, hurting religious sentiments, and hate speech.

Some organisations also highlighted the issues faced by the Indian farmers who were still struggling to get institutional credit and were debt trapped. They stated that in 2020 there had been 10,677 suicides in the farming sector.

The UN was told that forced evictions and demolitions of homes of the poor had continued unabated during the COVID-19 pandemic and almost 16 million people were currently threatened with the risk of displacement.

They told the United Nations that the prison conditions in India had worsened during the pandemic. Amnesty International stated that two-thirds of the prison population was in pretrial detention, with Dalits, Adivasis and Muslims being disproportionately represented.

ICJ urged the Indian government to amend the Citizenship Amendment Act to guarantee that there was no discrimination based on national origin or religion in access to citizenship.

The Human Rights Watch, in its submission, stated that at least 10 states in India forbade forced religious conversion, but in fact misused the laws to target Christians, particularly from Dalit or Adivasi communities. They were also used to harass and arrest Muslim men in relationships with Hindu women.

The HRW called for the Modi-led government to repeal directives that ban the hijab, and ensure that schools and universities were inclusive spaces, and safeguard girls’ and women’s right to freedom of religion and expression.

Amnesty International also highlighted that under BJP government, hate crimes against Muslims and other minorities had surged which were not even recorded in the official statistics.

The stakeholders pointed out a “deep-rooted” anti-minority bias among the police force and called for creating avenues for greater minority representation in the police force, civil service, justice institutions, and elected bodies.

The stakeholders expressed their concerns over the ongoing violations experienced by Christians in India, including false accusations and arrests, forced conversion to Hinduism, hate campaigns, assault, murder, illegal occupation of churches, forced displacement, disruption of religious gatherings, and vandalism of Christian homes, churches and other church-owned properties.

They stated that custodial torture and violence remained entrenched and routine law-enforcement strategy across India. 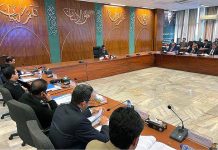 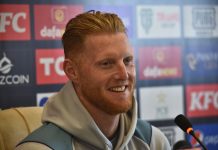 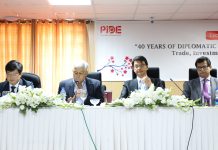 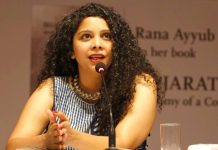 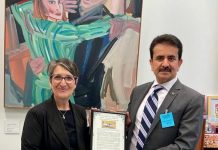 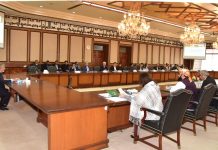 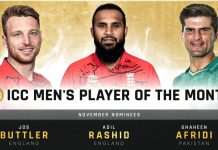