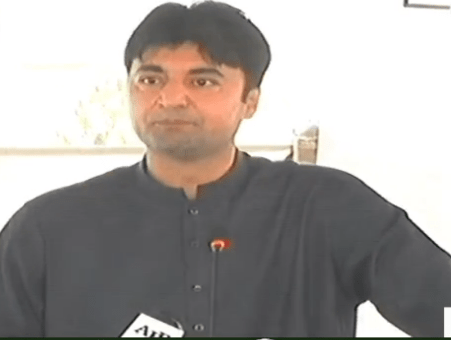 ISLAMABAD, Apr 03 (APP):Federal Minister for Communications and Postal Services Murad Saeed on Saturday said those who robbed the nation and filled their personal coffers with national kitty were now giving lectures on democracy and governance.

In a statement in response to the press conference of Chairman PPP Bilawal Bhutto Zardari, he said Zardari and his party had nothing to do with democracy and politics.

Murad Saeed said the PPP has committed the latest fraud during the senate elections.

The minister said the opposition parties were fighting with each other but they wanted to block the path of development of the nation.

He said they did not tolerate emerging economy and prosperity of the nation.

Taking a jibe at Asif Zardari, he said those who got the nickname of Mr. Ten, Twenty and Sixty percent from the world media would suggest ways to manage the economy.

Murad Saeed said it was a feat of Prime Minister Imran Khan’s government that a new record of remittances was created and rupee valued became stable.

The reputation of Pakistan’s economy was rapidly recovering all over the world, Murad Saeed said adding, instead of filling personal coffers, the incumbent government was spending billions of rupees on welfare of people.

He said Sindh fort of Zardari’s son would be going to collapse soon and his father’s money and provincial power could not stop dark shadow on his political future.

A vendor busy in frying traditional food item to attract the...