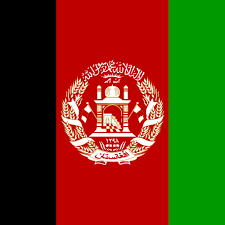 ISLAMABAD, Apr 23 (APP): Pakistan, Afghanistan and Turkey on Friday emphasized the urgent need for an immediate ceasefire in Afghanistan both to end the existing high level of violence and to provide a conducive atmosphere for the peace talks.

It was stated in a Joint Statement adopted at the conclusion of the Trilateral Meeting of the Ministers of Foreign Affairs Afghanistan, Turkey and Pakistan held in İstanbul on Friday (April 23, 2021).

On the occasion of Trilateral Meeting, the three Foreign Ministers reiterated their commitment to support a peaceful, sovereign, independent, democratic and unified Afghanistan,

They recognized that a sustainable peace can be achieved only through an inclusive Afghan-led and Afghan-owned political process that aims a permanent and comprehensive ceasefire along with an inclusive political settlement to end the conflict in Afghanistan.

They recognized the efforts of Turkey, Qatar and the UN to hold a high-level meeting in İstanbul aimed at giving momentum to the ongoing Afghanistan Peace Negotiations.

The meeting recalled that the Istanbul Conference had been postponed after extensive discussions with all relevant parties with a view to holding the Conference when conditions for making meaningful progress would be more favorable, therefore called on all parties, in particular the Taliban to reaffirm their commitment for achieving an inclusive negotiated settlement leading to lasting peace in Afghanistan desired by the Afghan people, the region and the international community.

They recognized the importance of the Heart of Asia-Istanbul Process (HoA-IP) as a substantial platform that contributes to regional stability in fields ranging from political and security cooperation to economic integration.

The Foreign Ministers reiterated their common resolve to combat terrorism in all its forms and manifestations.

They acknowledged the role of the regional and neighboring countries, in particular Pakistan and Iran in hosting Afghan refugees for more than four decades and called for creating conducive conditions in Afghanistan for their voluntary, safe, dignified, expeditious and sustainable repatriation through a well-resourced plan.

The joint statement urged international community to continue to assist host countries in taking care of the essential needs of Afghan refugees and to provide support to the repatriation and reintegration efforts of the Government of Afghanistan.

The three Foreign Ministers discussed the far-reaching implications of the COVID 19 pandemic on economic growth and public health, agreed to exchange information, research, expertise and best practices, and called for enhanced international cooperation and solidarity to effectively address the challenge, keeping in view financial and capacity limitations of developing countries.

Recognizing the contribution of the Trilateral Summit Process to regional dialogue and cooperation, they agreed on planning for the revitalization of the said Process in order to deepen bilateral as well as trilateral cooperation among the three countries to address common security threats and work on existing regional economic opportunities.