ISLAMABAD, Jun 23 (APP): Minister of State for Finance and Revenue Dr. Aisha Ghaus Pasha on Thursday said despite fiscal constraint and tough condition agreed with International Monetary Fund (IMF) by the last regime, the incumbent coalition government had presented a balance budget and announced measures to protect the vulnerable segments of the society.

Winding up the budget debate for fiscal year 2022-23 in the Senate, the minister said that government had inherited a fragile economy that was on the verge to default, coupled with widening trade and budget deficit, where the foreign exchange reserves were reached to the lowest level.

Besides, she said that rising inflation, increasing petroleum prices and rising circular debt with long hours power outages were the other issues which required immediate attention to address them.

The minister said that the government of Pakistan Tehreek-e-Insaf also slashed Public Sector Development Program that slowed down the infrastructure developmental work in the country.

She said that under prevailing circumstances, the government had presented a balance budget, besides honoring the international commitments for bringing stabilization of national economy.

Besides tough condition agreed with the IMF by the previous regime, she said the incumbent government had announced various measures for economic stabilization, infrastructure development and protection of under-privileged segments of the society to attain inclusive growth.

In order to protect the vulnerable and lower income people earning less then Rs40,000 per month, the government has introduced relief package and provided Rs2,000, besides providing targeted subsidies on other essential food commodities.

Dr. Aisha apprised the Upper House that government had also announced to ensure provision of essential commodities on subsidized rates as it was providing five major essential goods including flour, ghee, sugar and pulses on controlled rates to facilitate them.

She said that agriculture sector was the backbone of economic development of the country and government in its federal budget had also introduced several measures to further promote and develop the sector and exempted seeds, tractors and other inputs from tax
duties.

The ministers further highlighted the government decision to reduce its expenses and special steps were being taken to ensure austerity and curtailing the non-productive expenditure .

The minister also lauded the efforts of all members of the Senate Standing Committee on Finance for making their productive recommendations to make the budget more viable and productive for policy formulation and fiscal planning.

She told that the committee had received about 29 recommendations about income tax and 21 for sales tax.

Minister of State for Finance and Revenue said that about 27 recommendation were received for the newly merged districts, which were under consideration and would be deliberated upon.

She called upon the all stakeholders for putting coordinated efforts for the development of national economy and social prosperity of the country. 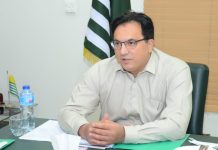 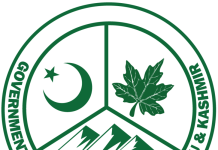