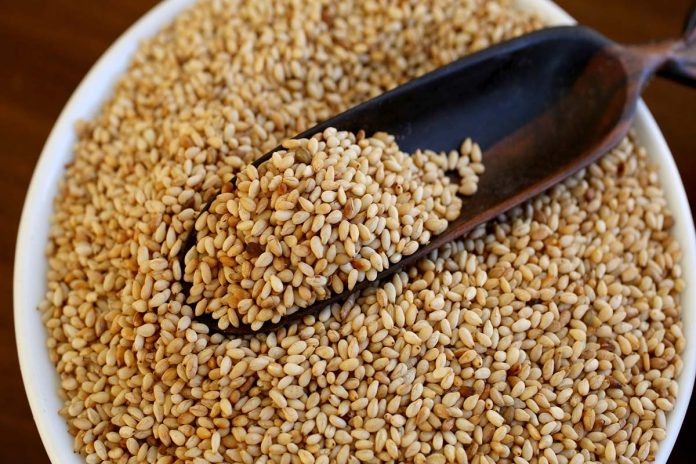 BEIJING, Feb.10 (APP):Pakistan has exported sesame seeds amounting to $120.44 million to China in the year 2021 and hopefully, it is going to become a top exporter in the coming years, said Badar Uz Zaman, Pakistan’s Commercial Counselor in Beijing.

“Normally there is a trend of cultivating traditional crops like wheat and rice in Pakistan but now the Pakistani farmers are also getting knowledge of high-end and high-priced products like sesame seeds. Similarly, they are also learning modern cultivation methods to increase production. So, hopefully Pakistan is going to be the top exporter of sesame seeds to China in coming years,” he told APP.

The counselor said after the signing of the China-Pakistan Free Trade Agreement (CPFTA) Phase-II, the Pakistani exporters had got access to the Chinese market for export of sesame seeds.

“Our exporters are very active. A number of new exporters have been added to the General Administration of Customs of China list that increased the scale, but still we have a big potential and the Pakistani farmers also understand the varieties and the types of the sesame seed that is popular in China,” Badar mentioned.

Pakistan, he said, was collaborating in the agriculture sector with China. “There have been specialists from China who are also guiding the Pakistani farmers on how to grow this crop.

Similarly, many agriculture machinery suppliers are also providing high-end technical machines like sorting machines to the Pakistani processors of the sesame seeds and the packaging has also improved.”

China imported 92516.55 tons in the year 2021 and Pakistan was one of the main destinations for sesame seeds imports. In the year 2020, Pakistan exported only 38,000 kilograms of sesame seeds to China, according to the official data from the General Administration of Customs of the People’s Republic of China (GACC).

According to an exporter, the launch of Free Trade Agreement (FTA) in the year 2020 brought an opportunity for both Pakistan and China to include sesame seeds to the list of 313 items and that helped reduce duty from previously 10% to zero.

In the past, Pakistan mainly exported sesame seeds to countries like Vietnam, South Korea, Japan, Europe, and the United States. After the waiving of duty, China was the biggest importer for Pakistan Sesame Seeds in the last two years.

The crop in the year of 2020-2021 was recorded the highest exports in numbers from Pakistan out of which 54% of the total exports were to China.

A blacksmith busy in sharpening knives to be used in sacrificing...