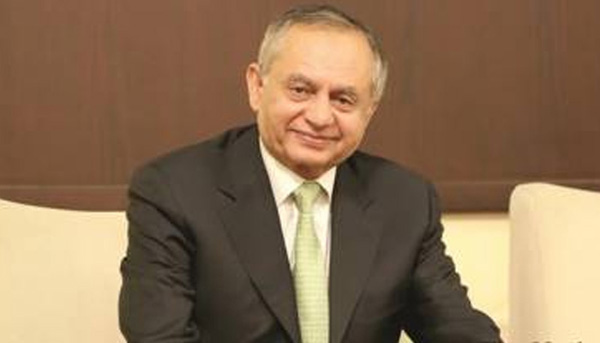 ISLAMABAD, Apr 2 (APP):The ministry of Commerce Friday informed that this is the first time that exports have crossed the $ 2 billion mark for six consecutive months after 2011.

This shows an increase of 13.4 percent in local export. A consultative meeting was held by the Adviser to Prime Minister on Commerce and Investment, Abdul Razaq Dawood to review the trade trends at the Ministry of Commerce.

He was informed that according to the provisional (pre-PBS) figures, monthly exports in March 2021 have been the highest since March 2011.

He was further informed that since there was a lockdown in March 2021, hence the overall increase in export of 29 percent over March 2020 was misleading.

The adviser was briefed that in March 2021, an increasing trend has been witnessed in the export of value-added and non-traditional products. e.g. the exports of Cement increased by 61 percent, Home Textiles (34 percent), Men and Women Garments (29 percent), Rice (10 percent), Fruits and Vegetables, (54 percent) and Meat (47 percent) compared to March 2020.

ALSO READ  PM for observance of Eid in quiet manner

He was also informed that decreasing trend was noted in export of mostly non-value-added products.

The exports of Tobacco and Cigarettes decreased by -22 percent, Tents and Canvas (-36 percent), Cotton waste (-20 percent), and Tracksuits (-14 percent) as compared to March 2020.

Razak was informed that geographically, in March 2021 top exports to USA, China, UK, Germany, Afghanistan and Kazakhstan, while there was a decrease in exports to UAE, Bangladesh, Saudi Arabia, and Kenya.

He was also briefed that imports in March 2021, grew to $ 5,313 million which has mainly been due to increased imports of petroleum, wheat, soybean, machinery, raw material and chemicals, mobiles, fertilizers, tyres and antibiotics and vaccines.

The 9-months’ performance of exports was also discussed in the meeting.
The advisor was informed that the provisional (pre-PBS) export data for the period July-March 2020-21 showed that the exports increased by 7 percent, to $18,669 million as compared to $17,451 million during the same period last year.

During July-March 2020-21, the exports of value-added and non-traditional products increased like garments, pharmaceuticals, cutlery, etc as compared to the same period last year.

Razak paid rich tributes to Pakistan’s exporters for this performance during difficult times despite the COVID-19 pandemic and contraction in Pakistan’s major markets and the difficulties created by the recent upsurge of COVID-19.

PM for COVID SOPs implementation, compassion toward poor on Eid