ISLAMABAD, Sep 11 (APP): India had been using Afghan soil against Pakistan since 2001 by investing about US $ three billion on infrastructure, training of Afghan forces and other projects to establish a network for its permanent foothold to achieve its overt and covert designs.

According to experts, by sponsoring terrorism against Pakistan from Afghan territory, India had violated different Articles of the United Nations Charter including Article 2(4), Article 41(3) of the Vienna Convention, and Paras 2 and 5 of UN Security Council Resolution 1373 of 2001.

Taliban, now in control of Afghanistan, by setting up an interim government, Indian designs turned into as faux pas for the Modi’s government which had acted as regional top spoiler. It has been established that India supported and trained Daesh /TTP elements to use as proxy tools for its nefarious designs against Pakistan, Afghanistan and the region.

Under the garb of training Afghan forces, it had trained Daesh and TTP elements and reportedly around 300 persons were still under training in India. For the purpose, different Indian consulates were established along with Pak-Afghanistan border, controlled and used by RAW as launching pads for terrorist activities inside Pakistan.

Kulbhushan Jhadev, the serving Indian army officer, had also confessed to series of terrorist activities planned and controlled from Afghanistan.

India, continuously acted as spoiler in Afghanistan and influenced Ashraf Ghani’s government to violate agreements to sabotage the peace process and embarked upon anti-Taliban and anti-US propaganda with immense intensity, especially after the fall of Kabul.

In a press statement issued after his return to Pakistan, Qureshi maintained that New Delhi topped the list of spoilers who did not wish to see stability and peace in Afghanistan. “India had brought together several terrorist organizations to fulfil its evil designs”, he added.

The Indian false propaganda churned out by its media, focused on so-called allegations of human rights violations by Taliban, targeting of Afghan women and children, female education and employment; and execution of opposition segments. It also tried to project that with Taliban’s government in place, entire regional and world peace would be put in danger by the terrorist activities of ISIS, Daesh etc. 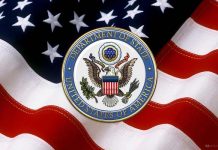 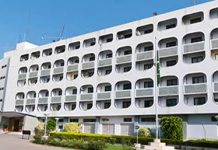 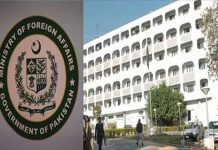 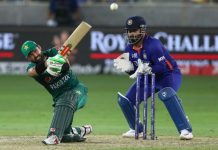