ISLAMABAD, Sep 29 (APP): The federal cabinet was on Tuesday informed that the present government was spending around US $ 10 billion per annum for debt repayment as against around US $ 5.5 billion being paid by the previous government.

The cabinet, which met here with Prime Minister Imran Khan in chair, was given a detailed briefing about the country’s debt and their repayment during the fiscal years 2018, 2019 and 2020.

The meeting was informed that as the present government inherited the debt of Rs3 trillion (Rs3000 billion), it had to take more loans for debt servicing and to save the country from default.

The cabinet was told that the present government had received US $ 24 billion as foreign loan including US $ 2 billion taken during interim government.

It was informed that during the fiscal year 2019, the public debt registered an increase of Rs770 billion, mainly due to the restoration of the true value of rupee.

The meeting was told that the government had taken various measures during the last two years including securing decline in primary deficit; stabilizing exchange rate; improving the quality and nature of domestic debt; improving the nature of foreign debt; and introducing new products and other measures regarding loans.

The cabinet was told that the present government was focusing on the augmentation of country’s exports and foreign exchange reserves.

The cabinet was informed that with the educational activities being restored throughout the country from September 30 (Wednesday), the process of education for 30 million school children would revive.

The meeting stressed for strict implementation of the protective measures against coronavirus including the use of face masks.

About ongoing reforms in the energy sector, especially bringing down the circular debt, the cabinet was told that if the present government had not taken various measures, the annual circular debt which was Rs 450 billion in the fiscal year 2018, would have swelled to Rs 853 billion and Rs 1,610 billion in the fiscal years 2020 and 2023, respectively.

It was informed that as a result of the government’s steps, the circular debt in 2020, which was projected to be Rs 853 billion as per previous trends, was now being estimated at Rs 538 billion, depicting a decrease of over Rs 300 billion.

The cabinet was further told that various measures taken by the government, including the negotiations with Independent Power Producers (IPPs), rationalization of return on equity cover, closure of low performing power plants, improvement in subsidy system and some others would help save Rs 620 billion.

The meeting was also told that there was continued decline in terms of Transmission and Distribution (T&D) losses, which were brought down to 17.7% in 2019 and would be further reduced to 16.3% in 2023.

The cabinet was informed that the government’s negotiations with Generation Companies (GENCOs) and agreements with the IPPs would help save the public money of Rs 100 billion and Rs 61.6 billion, respectively, over the next three years.

It was further told that as a result of various measures, an amount of Rs 77 billion was saved in FY 2019.

The cabinet approved the flight operation of British Airline Virgin Atlantic between Pakistan and the United Kingdom.

This approval was given in line with the air service agreement between the two countries, under which the British Airways from the UK, and the Pakistan International Airlines (PIA), Air Blue and Shaheen Air were so far allowed to operate.

The cabinet accorded one-time approval for pre-shipment inspection for the agencies regarding the import of wheat.
The cabinet also accorded in principle approval to the proposed visa policy regarding Afghanistan.

The meeting also approved the appointment of Amna Bibi as Federal Government Analyst for National Control Laboratory for Biological Drugs under Section 16 of the Drugs Act 1976.

The cabinet, under the Pakistan Medical Commission Act 2020, approved the appointment of Dr Arshad Taqi and Ali Raza, respectively, as President and Vice President of Medical and Dental Council.

It also approved the appointment of Syed Hussain Abidi as Chairman of Pakistan Council of Scientific and Industrial Research Islamabad.

The cabinet was presented the inquiry report regarding the installation of telemetry system.

While approving the recommendations of the report, it decided that further action would be taken regarding the implementation of in-principle decision of removing the members of Indus River System Authority (IRSA).

Since the members from Khyber Pakhtunkhwa, Balochistan and Sindh have completed their tenure of appointment, the Government of Punjab would be requested to review the capability of member Punjab. The federal member would also be replaced with a competent and experienced member.

Besides going for performance audit of IRSA, necessary amendments would be made in the IRSA law.

The cabinet also accorded the ex-post facto appointment of Chief Executive Officer (CEO) of Neelum Jhelum Hydro Power Company. The appointment, meant to avoid delay in the project, was made on the recommendations of the Board of Directors of Water and Power Development Authority (WAPDA) and the approval of the prime minister.

The cabinet also approved one year further extension to the CEO.

The cabinet approved the appointment of Secretary Cabinet Ahmad Nawaz Sukhera as Administrator of Islamabad Club.
It also approved decisions taken in the September 23, 2020 meeting of the Economic Coordination Committee of the Cabinet.

The cabinet also endorsed the decisions taken in the September 24, 2020 meeting of the Cabinet Committee on Energy. 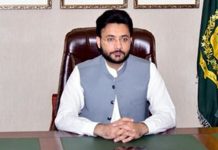 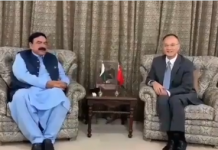