LAHORE, Feb 13 (APP):South Africa overhauled a below-par total of 144-7 in 16.2 overs in the second T20I against Pakistan to level the three-match series 1-1 at Gaddafi stadium here on Saturday.

Pakistan won the first match of the series by 3 runs.
With a small total and the looming threat of a wet outfield in the second innings, Pakistan’s chances of winning the match and the series had dwindled down by the innings break and only an inspired bowling spell like the Proteas all-rounder Dwaine Pretorius could save the day for team Pakistan.

The foundation of South Africa victory owed a lot to the superior bowling display by the Proteas bowling all-rounder Dwaine Pretorius whose record five-for put breaks on Pakistan’s hopes of posting a big total on the board. Pretorius trapped Pakistan captain Babar Azam leg before wicket (lbw) in the very first over of the match – the world top T20 batsman reviewed umpire’s call but the replays showed the bowl would have middle and leg stumps. With the fall of Babar and no significant contributions from Haider Ali 10 (11) and Hussain Talat 3 (7), the hopes of a big total were dampened when Pakistan were reduced to 3-48 in 6.3 overs.

South African team made three changes to the squad which lost against Pakistan in the first T20I and brought in JJ Smuts, Pite van Biljon while Glenton Sturman made his debut for the Proteas.

South Africa won the toss and elected to field first with the dew-factor in mind for the latter half of the match.

Another inspired bowling spell by Tabraiz Shamsi like the first match of the series further put brakes on the Pakistani innings as he returned match bowling figures of 1-16 in four overs. Andile Phehlukwayo also picked one wicket off his 3 overs for 31 runs. But pick of the bowlers was Dwaine Pretorius who returned career best T20I figures of maiden five wickets for 17 runs off his four overs. However, it was not a good outing for the debutant who conceded 28 runs in his two overs.

Muhammad Rizwan continued with his good form and hit another 51 runs off 41 balls but regular fall of wickets around him and the desire to up the run-rate forced him to play an errant stroke and fell with team total of 97 in the 16th over. Khushdil Shah and Faheem Ashraf tried to take on the bowlers but Shah became the fourth victim of Pretorius in the 19th over. Muhammad Nawaz fell for a duck to given Pretorius his record five-for in the match.

South Africa had a similar start while chasing when they lost two early wickets in 2.2 overs courtesy superb fast bowling by Shaheen Shah Afridi who conceded mere six runs for two wickets in his first two overs. However, Reeza Hendricks and Pite van Biljon joined forces in a partnership of 77 runs in 8.5 overs to ensure the Proteas reach the target with ease. However, two wickets in the space of 7 balls reignited hopes of a Pakistan comeback when Reeza Hendricks 42 (30) and Pite van Biljon 42 (32) fell to Usman Qadir and Muhammad Nawaz.

Later, David Miller 25 (19) and Biljon 17 (9) ensured that the Proteas have nor more hiccups and overhauled the total with 22 balls to spare in an unbroken partnership of 41 runs. David Miller

Reeza Hendricks and Biljon took a liking to Usman Qadir’s leg spin bowling and hammered him all over the park who returned with figures of 1-43 off his four overs. Usman Qadir had bowled miserly and conceded only 21 runs with two wickets in the first match of the series at the same venue on Friday.

The last match of the three-match series will be played at Gaddafi stadium on Sunday (tomorrow) with the series is level 1-1. 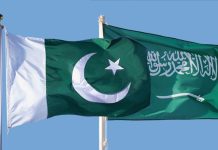 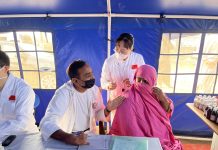 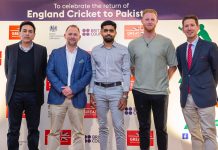 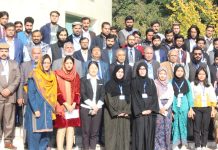 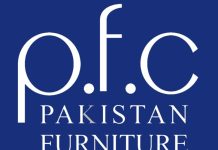