ISLAMABAD, Nov 21 (APP): The Supreme Court on Monday adjourned the hearing of the presidential reference on the Rekodiq agreement till November 22 (Tuesday).

During the course of proceedings, amicus curiae Salman Akram Raja said that laws were either federal or provincial, the Minerals Act 1948 was both federal and provincial in nature.

He argued that the proposed amendment to the Minerals Act, 1948 was against the scheme of the Constitution.

Salman Akram Raja said that the amendments of the Balochistan Assembly could contain temporary legislation because other than gas, oil and nuclear energy, the legislation for the rest of the minerals should be done by the provinces. He argued that a law could be adopted temporarily.

On this, another amicus curiae Zahid Ibrahim argued that the Khyber Pakhtunkhwa Assembly had brought a law regarding minerals and mining in 2017.

Zahid Ibrahim said that the Rekodiq case began with a newspaper article that was retracted weeks later, and as a result of Pakistani court proceedings, the Rekodiq case went to the International Court of Arbitration.

He said that Rekodiq project would open doors for foreign investment in Pakistan and the project would promote political coordination of past and present governments.

Makhdoom Ali Khan said that the Khyber Pakhtunkhwa and Sindh governments had made amendments in the Minerals Act.
Subsequently, the hearing of the case was adjourned till November 22. 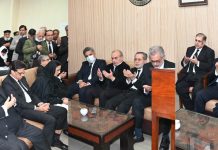 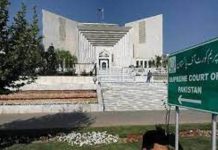 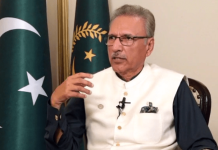 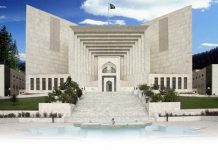