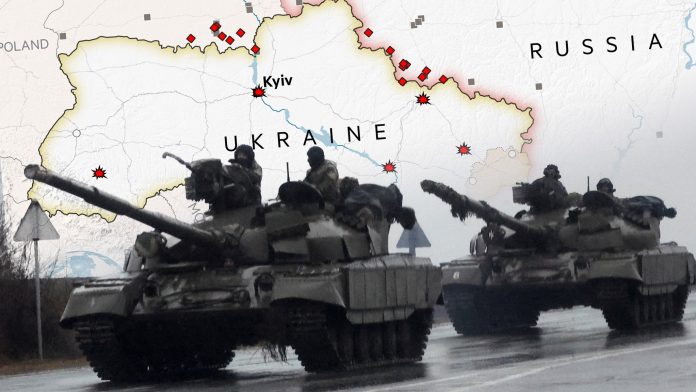 ISLAMABAD, Jul 7 (APP): Currently, the entire world is facing a major challenge of energy crisis in terms of fuel shortage and its price hike, mainly caused by the Russia-Ukraine war, which has badly affected the global economy especially in the developing countries.

Pakistan has also been passing through a similar difficult situation of energy crisis. Besides the Russia-Ukraine war, the other fundamental factor responsible for the prevailing situation is the inefficiency of the last PTI government.

Before the Russia-Ukraine conflict in January 2022, the price of Brent crude oil was $86.51 per barrel that has reached $111.6 in the last week.

“Petrol prices in the UAE (United Arab Emirates – one of the major oil-producing countries) have jumped over 74 per cent since January 2022 due to an increase in global crude oil prices, especially after the Russia-Ukraine war in February,” the UAE-based daily Khaleej Times has reported.

The Ukraine-Russia war accelerated the fuel and gas prices globally affecting the vulnerable developing economies because supply chains, particularly those of crude oil, were disrupted.

On the day Russia invaded Ukraine, financial markets around the world fell sharply, with surge in the prices of oil, natural gas, metals and food commodities. The Brent oil price surpassed $100 per barrel for the first time since 2014 and peaked at over $130 per barrel, while the gas prices also jumped to record EUR 192 on March 4, 2022.

According to the Organization of Economic Cooperation and Development (OECD), the world economy would pay a hefty price in the wake of Ukraine war, encompassing weaker growth, stronger inflation and potentially long-lasting damage to the supply chains.

The energy crisis in Pakistan is also the outcome of the Pakistan Tehreek-e-Insaf (PTI) government’s inefficiency and lethargic attitude towards timely completion of the projects initiated by the previous Pakistan Muslim League-Nawaz (PML-N) government (2013-2018).

According to official documents available with APP, the PTI government delayed the completion of 720 MW Karot Hydro and 1,214 MW Shanghai Thar coal indigenous power projects on account of lack of ownership, project monitoring and failure to fulfill contractual commitments on already completed ones.

Similarly, another RLNG-based 1263 MW highly efficient Trimmu project was scheduled to complete over three years ago, but it remained in limbo. The commissioning of these projects would have considerably reduced the load-shedding duration.

The PTI government also failed to set up new coal-based power plants in time and deliberately avoided signing long-term contracts with the global suppliers of LNG when it was available in the range of $3 to 5 per MMBTU (Metric Million British Thermal Unit) in mid-2020 and currently at $40 per MMBTU. It is a classic case of missing the stitch in time that saves nine.

“The existing power load-shedding is occurring due to a 300 per cent spike in the prices of fuel, including furnace oil, liquefied natural gas (LNG) and coal in the local and global markets over the past 18 months, while the Russia-Ukraine war further soared them,” official sources in the Power Division said while talking to APP.

More importantly, they said, the sharp depreciation of 30 per cent in the rupee value against dollar during the last one year and the ever increasing circular debt caused the shortage of working capital for energy firms.

The Petroleum Division, however, strove hard to ensure the required quantity of Residual Fuel Oil (RFO) for meeting the country’s electricity generation needs, and already arranged sufficient stock of the fuel as per the demand placed by the power sector for July.

Minister of State for Petroleum Dr Musadik Malik recently said due to the “Russia-Ukraine war, the gas [Liquefied Natural Gas] is not available in the international market.”

The European countries had reduced their reliance on Russia, and signed short and long-term contracts for gas procurement from wherever it was available in the world, making less availability of the commodity for the developing countries, he explained.

Thus the incumbent government cannot be held responsible for the prevailing situation, which it inherited from the PTI government and now the whole nation is bearing the brunt.

Despite the fragile health of national economy, the petrol price in Pakistan still remains at the lowest level in the region and even from those in some developed countries like the United States and Canada, despite an unprecedented surge in fuel prices in the international market, gasoline shortages in the wake of Russia-Ukraine conflict and rupee depreciation.