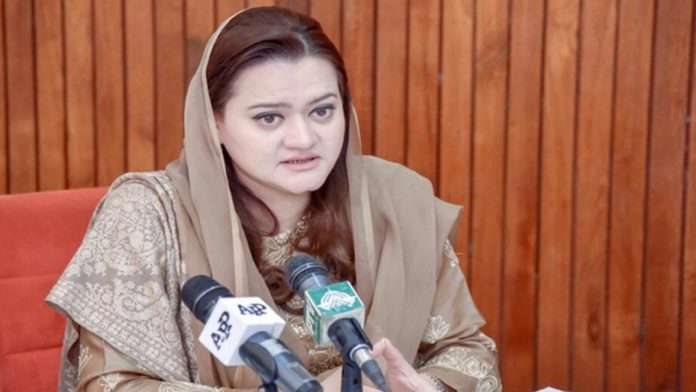 ISLAMABAD, May 24 (APP): Minister for Information and Broadcasting Marriyum Aurangzeb said on Tuesday that political stability was essential for victory in the war of saving Pakistan’s economic sovereignty.

In a statement, she said that the media should cover political activities but boycott the activities of spreading mischief, violence and terror.
Prime Minister Shehbaz Sharif has expressed his unequivocal intention to protect the economy and the people, the minister said.

In Lahore, she said the red line had been crossed by firing on policeman Kamal Ahmed.
It was time to put a red line to save Pakistan’s economy and people, she said, adding that in the path of recovery of the economy and relief of the people, a ‘straight line’ has been drawn, no one will be allowed to cross that line.

The minister said those who have destroyed Pakistan could not be allowed to wreak further havoc. She said that there will be no compromise on the economy and the safety of the people.
“Whenever the economy starts to take off, Imran’s mischief becomes an obstacle in its path”, she remarked.

She recalled that when the China Pakistan Economic Corridor was planned and Chinese President Xi Jinping ‘s visit to Pakistan was scheduled, the PTI started a sit-in at D Chowk.
“Today we have started to revive the economy of Pakistan and provide relief to the people and no interference will be tolerated”, she said.

Revival of the economy and relief to the people was a one-point agenda, she said and added that there would be no compromise on it and any effort to subvert this agenda would not be tolerated.

Every step was being taken to save the people from these miscreants and rioters, she assured. ‘We will not allow the conspiracy to create any hurdle in the path of revival of the economy, reduction in inflation in the country,” Maryam Aurangzeb announced. 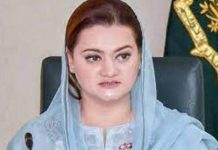 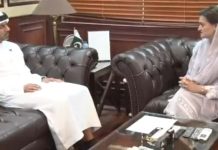