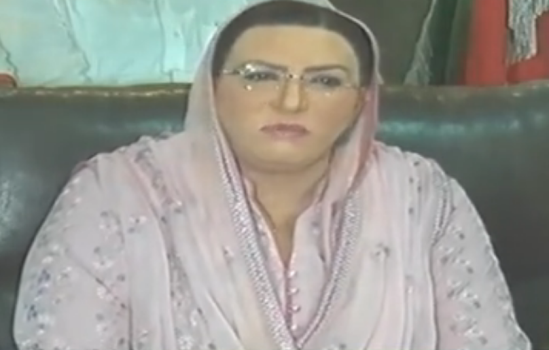 Addressing a press conference along with Pakistan Tehreek-e- Insaf (PTI) Senator Ejaz Chaudhry here, she criticised the returning officers (RO) for not taking action against the PML-N MNAs and MPAs, who were maneuvering votes in the Daska by-poll.

She said that defeat and victory dis not matter for the PTI as the party sticks to its narrative always and ultimately achieves its goal.

She said that the PML-N faced moral defeat in Daska by-election.
She said, “Those who say that the PTI lost the election should understand that its vote bank increased manifold and popularity of the party is increasing as well.”

Senator Ejaz Chaudhry said that on February 19, the PTI won the Daska by-poll and on April 10, the Election Commission won it.

While criticising the Election Commission, he said that it did not take notice of the code of conduct violations by the PML-N in Daska by-poll and added that its decision depressed the PTI voters.

To a question, Dr Firdous said, “PTI is a name of movement and movement does not end up with defeat or victory of a single seat.”

She said that Jahangir Tareen and his aides were standing with the PTI and Prime Minister Imran Khan.

To a question, Ejaz Chaudhry said that accountability process was under way and everyone was equal before the law.

Service at your doorstep’ programme to facilitate people