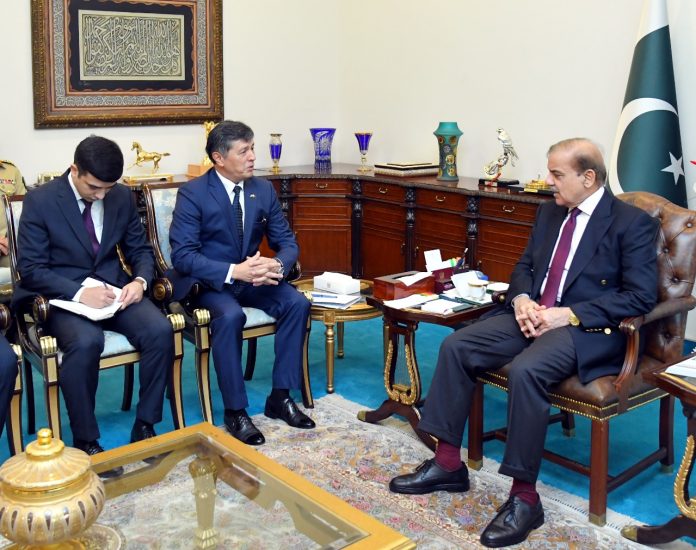 The prime minister, in a meeting with Ambassador of Uzbekistan Oybek Usmanov, who paid a courtesy call on him, reiterated Pakistan’s commitment to provide transit access to Central Asian Republics to the ports of Karachi, Bin Qasim and Gwadar.

He highlighted Pakistan’s vision for deeper engagement with Central Asia and the important role of Uzbekistan in this regard.

He expressed satisfaction at the level of close and fraternal relations between Pakistan and Uzbekistan and emphasized the importance of further deepening bilateral trade and economic ties.

Underlining the importance of direct bilateral air connectivity, he urged the respective national airlines to start operations at the earliest to facilitate the movement of businessmen, students and tourists between the two countries.

While highlighting convergent perspectives of Pakistan and Uzbekistan on regional issues, the prime minister reaffirmed Pakistan’s strong resolve for lasting peace, security and stability of Afghanistan.

Ambassador Oybek Usmanov conveyed greetings from the Uzbek president for the prime minister and said that President Shavkat Mirziyeyov was looking forward to welcome him to the SCO Summit at Samarkand next month.