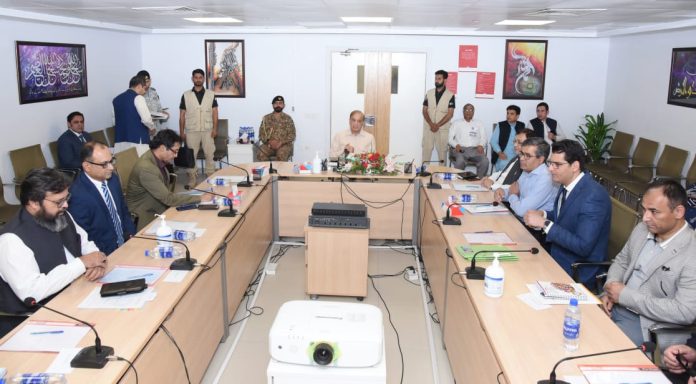 LAHORE, May 22 (APP):Prime Minister Shehbaz Sharif on Sunday was given a detailed briefing about the financial and administrative affairs of Pakistan Kidney and Liver Institute Lahore (PKLI).

During a meeting at the PKLI here, he was informed about the reorganization of Board of Directors of PKLI, setting up of nursing institute, free of cost medical treatment to 50 percent patients and formation of PKLI trust.
The Prime Minister directed that departments of PKLI should be revived in phases and the projects which were delayed in the last three years should be completed on an emergency basis.
He directed Chief Secretary Punjab and Finance Secretary Punjab to ensure funds for PKLI by July 10.

He instructed that measures for the establishment of a nursing institute should be completed till next month.
He said able and competent private members should be included in the board of directors so that affairs of PKLI should be handled amicably.
The Prime Minister congratulated the newly elected chairman of PKLI board Dr Saeed Akhtar and directed that services of reputable firms should be hired for financial advice to stabilize the financial matters of PKLI.
He said screening centers for patients should be made functional across Punjab so that people could get health facilities across the province.
On this occasion, Chairman PKLI Dr Saeed Akhtar expressed determination to rid Pakistan of deadly diseases like hepatitis as was done in Egypt.
The Secretary Finance assured the Prime Minister that the funds allocated for PKLI would be released by July 10.