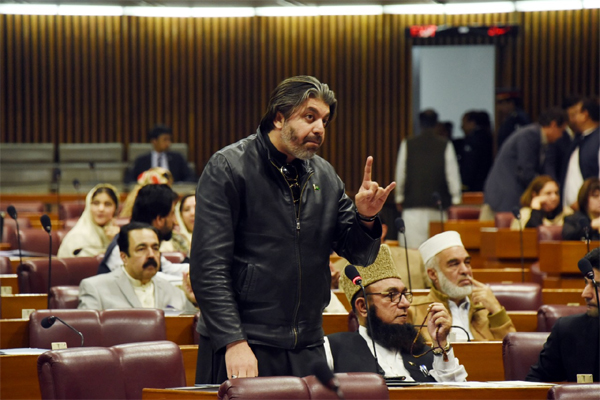 ISLAMABAD, Mar 11 (APP):Minister of State for Parliamentary Affairs Ali Muhammad Khan on Wednesday introduced the Pakistan Broadcasting Corporation (Amendment) Bill 2020 in the National Assembly which was referred to the relevant committee for further consideration.

According to the statement of objects and reasons, the proposed bill is intended to bring changes in the Pakistan Broadcasting Corporation Act, 1973.

The routine matters and appointments of Director General and the board are being sent to Federal Cabinet due to interpretation of the world “Federal Government by the honorable Supreme Court in its decision dated 18-08-2016 in Civil Appeals No. 1428 to 1436/2016.

Whereas, in compliance with the direction of the Federal Cabinet, this Ministry initiated the process of making necessary amendments in the laws/ordinances and replace the world “Federal Government” with appropriate authorities.

Therefore, in pursuance of the aforesaid, this bill is being introduced to make PBC’s functioning smooth and more empowered.

Meanwhile, the Minister of State for Parliamentary Affairs moved the Motion Pictures Ordinance (Amendment) Bill, 2 020 having the same procedure to be adopted for the appointment of Chairman of the board.