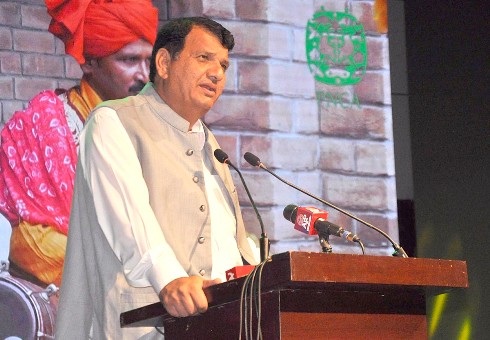 ISLAMABAD, Nov 02 (APP):Adviser to Prime Minister for Political and Public Affairs and National Heritage and Culture Engineer Amir Muqam on Wednesday said Pakistan and Kyrgyzstan have a great potential to cooperate in different fields, especially in tourism sector.

Pakistan is blessed with natural beauty and there is much to discover by the world. From the ranges of mountains in the north to the beautiful coast lines, Pakistan is full of scenic beauty.

I strongly believe that Tourism is a great tool in promoting peace and fighting terrorism. “For that, I offer support to Ambassador of Kyrgyztan to open direct flights between both countries,” PM’s aide said.

He said that in recent visit of the Prime Minister to Kyrgyzstan and meeting with the Kyrgyz President during the Council of Heads of States of the Shanghai Cooperation Organization, the two leaders underscored the need for closer cooperation in trade, investments, energy and people-to-people contacts.

He said they focused to further strengthening of high-level exchanges, inter-parliamentary relations and defense and security ties.

He said that trade is of great importance between the two economies. He said that last year Pakistan’s exports to Kyrgyzstan was US$ 2.81 Million. Most of which were pharmaceutical products followed by sports goods. “More than 11,000 students alone are enrolled in the medical universities and colleges there”, he added.

Secretary National Heritage and Culture Fareena Mazhar and Ambassador of Kyrgyz Republic to Pakistan were also present on the occasion.

Ambassador of the Kyrgyz Republic to the Islamic Republic of Pakistan Ulanbek Totuiaev spoke on the importance of holding such events for the Kyrgyz-Pakistani bilateral relations and focused on the further direction of the mutually beneficial cooperation emphasizing on the role of economic, cultural and humanitarian cooperation as a connecting element between the friendly countries.

He said that Kyrgyz Republic accommodates thousands of Pakistani students and provides education which is proof of cordial relations between the two countries. 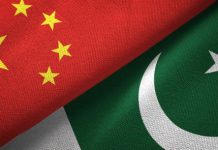