ISLAMABAD, Aug 13 (APP): The Pakistani nation will mark the 75th Independence Day on Sunday with traditional zeal and fervour to recall the struggle of our forefathers and national heroes in creation of an independent country.

The day will dawn with special prayers in mosques, churches, temples, and other sacred places for peace, solidarity, and prosperity of the country.

Gun salutes and sirens would also be held in the federal capital and all provincial capitals to hoist the national flag in all parts of the country.

Different public and private departments would hold special functions and activities, including seminars, discussion programmes, photographic exhibitions, painting, poetry, national songs, and debate competitions with the focus on acknowledging the contribution of leaders of the Pakistan Movement and sacrifices of national heroes.

All the major roads and avenues of the federal capital, like other cities, were decorated with flags, banners, and buntings to present a festive look. The major public and private buildings in the city were also illuminated to mark the Jubilee celebrations of the big day.

The televisions would highlight the services of Pakistan Movement heroes on the day and pay tribute to their extraordinary contributions to making Pakistan come into being.

In this regard, the Islamabad Capital Territory Police as well as provincial governments have finalised traffic management plans for the convenience and safety of the general public.

Literary and cultural organizations have chalked out a number of programmes to mark the day. Various shows including national songs, folk tales, skits, and folk dances would be held to provide infotainment and highlight Pakistan’s independence journey and its historical background.

Special online cultural programmes on August 14 would also be organised to pay tribute to national heroes and forefathers for their great struggle for the Independence of Pakistan.

Similarly, educational institutions both private and the government would also hold different activities including competitions, functions, and sessions to educate the students about the historical struggle behind the creation of Pakistan.

The capital city has been turned green and white with a large number of Jashan-i-Azadi stalls carrying dresses, flags, buntings, pin badges, toys, and other decorative accessories to attract the youngsters and children.

Since Independence Day has assumed the shape of a festival in the country, different brands, online retailers, eateries, cab-hailing services, and even electronics companies were offering exciting discount offers, adding more charm to the festivity. 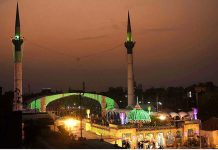 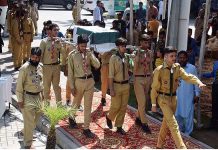