Vice Chancellor National University of Medical Sciences (NUMS) Lt Gen Wasim Alamgir said that the MDCAT was held simultaneously in more than 20 cities throughout Pakistan and in Saudi Arabia and United Arab Emirates on Sunday.

He said this was due to well coordinated and robust arrangements made by our trained staff.

The Vice Chancellor said that Pakistan Medical Commission (PMC) had divided MDCAT among the Federation, provinces and MDCAT for NUMS to fill the seats in the medical colleges across the country.

President PMC Prof Dr. Noshad Ahmad Shaikh visited NUMS on Sunday where he was received by Vice Chancellor and senior management of the university. He also visited NUMS Control Room and was given a comprehensive briefing by Controller Examination Brig (R) Saifullah Butt on the elaborate arrangements for safe and transparent process.

While talking to media, Dr Noshad Ahmad Shaikh appreciated NUMS arrangements and said that those students who would have NUMS MDCAT Certificate would also be eligible to seek admission on merit in MBBS and BDS in private colleges anywhere in the country as well.

These students can also take MDCAT which was being conducted by PMC on November 13, he added.

In his comments Maj Gen (R) Syed Ammar Reza Hamdani, Pro VC Administration said that two officers of the University were specially sent to Saudi Arabia (Riyadh) and UAE (Ras-ul Khaima) to supervise the MDCAT while embassies of Pakistan in the two countries facilitated it for holding this test.

MDCAT for NUMS is being held for admission in 13 medical and dental colleges. The students seeking admission in these colleges are no longer required to sit any other test as per the decision of PMC last month.

The nomenclature of NUMS Entry Test (NET) has been changed to MDCAT for NUMS 2022.

All MBBS and BDS candidates having Pakistani nationality will have to secure 55% and 45 % passing marks respectively to be successful in the test and are competing for 2075 seats. Of all the contesting candidates, 46,582 girls and 23,641 boys had applied for the admission.

Controller of Examination Brig (R) Saifullah Butt on the occasion said that dedicated teams and trained invigilation staff were deployed for supervising the test and to ensure its peaceful and smooth conclusion.

The result of MDCAT for NUMS is expected to be announced within two to three weeks, said the Registrar. 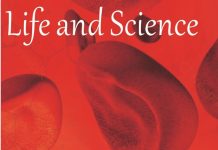