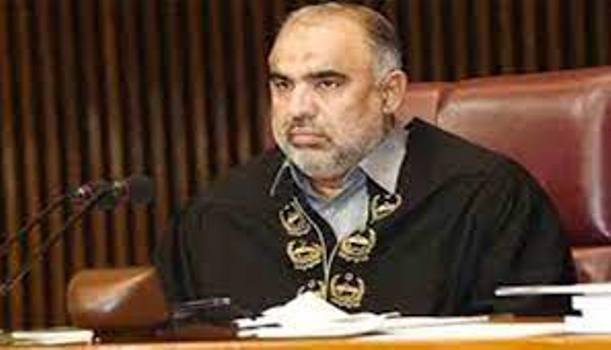 He expressed these views while addressing General Assembly of the 143rd Inter-Parliamentary Union (IPU) conference being held in Madrid Spain, said a message received here.

Addressing the assembly, the Speaker said that the Conference is very important for us as it resonates with the many of the contemporary challenges, including those associated with the COVID-19 pandemic.

All States, irrespective of their size and power, enjoy the right of sovereign equality in the global governance system. Dialogue, consensus-building and cooperation are essential ingredients of our multilateral work and responses to an array of global challenges.

He said that promoting welfare and protecting rights of human beings remain the raison d’être of political dispensations. Today, governments ‘of the people’ exist ‘for the people’ and ‘by the people’.
He said that in today’s digital era, citizens have become immensely empowered. New and emerging technologies have unlocked access to a wealth of information, promoted transparency, and opened new avenues of civic participation.

He said that these encouraging trends have highlighted new challenges. Highlighting the three specific challenges, the Speaker said that the global surge in populism threatens to submerge the core tenets of democracy. Hate-based ideologies have fragmented societies, and made intolerance tolerant.
He said Disturbingly, populist leaders are dividing people to multiply votes through spreading misinformation and disinformation. This abuse of electoral processes, and attack on human dignity is a huge disservice to the very idea of democracy.

He said that Might is Right and the Powerful States remain shielded from global accountability.
Mentioning the third challenge, He said that this widening gap between principles and practices resonates with the plight of the brave Kashmiri people. Since 05th August 2019, India, the occupying Power, has imposed, through use of brute force, a range of illegal and unilateral measures upon Kashmiris.

hese measures are designed to alter demography of the UN-recognized disputed territory. There measures are a clear contravention of the fundamental principles of democracy, rule of law and human rights. Yet, in deference to their political and economic interests, many global champions of democracy and human rights are silent. This must end to enable the Kashmiris to exercise their democratic right to determine their future in line with UN resolutions.

He said that the international community is living through a ‘winter of discontent’ due to an unfair global economic system. The rich are getting richer, and the poor poorer. He said that The COVID pandemic has further brought to surface the growing structural inequalities between developed and developing States. Regrettably, the global North has opted for a self-interested approach. An example of which can be witnessed in the outspread of a new COVID-19 variant in South Africa.

He said that as a political worker and activist, he was a firm believer that the best anti-dote to our problems is more democracy. In order to overcome the multitude of contemporary challenges-some of which he outlined above; called the need to act at three levels:
He said that “a democracy is as strong as its citizens are. We, therefore, need to invest more in educating and empowering our people.” He said that at the domestic level work should be continued on legal, administrative and policy reforms in order to strengthen our political systems, combat corruption, increase civic participation, and optimize public service delivery.

Finally at the international level, he called for an urgent need to reform the global governance system. As exposed by the COVID pandemic, business as usual is not a very attractive proposition, he said.
He said that Pakistan fully recognizes the UN’s central role in promoting a democratic and rules-based international order, and calls for revitalizing the UN General Assembly- the ‘World’s Parliament’ -as the main forum to discuss and resolve global problems.

He said Pakistan also believe that respect and adherence to the principles of UN Charter such as sovereign equality of states, pacific settlement of disputes, refraining from the threat or use of force, non-interference in domestic affairs, and respect for the right of peoples to self-determination – are critical to strengthening democratic values and principles at the international level.

He hoped that deliberations at this Assembly would contribute to action-oriented outcomes that meet democratic aspirations of our people and strengthen the principles of democracy nationally and internationally.

Concluding his address, he thanked the Parliament of Spain for hosting this Session. He also commended the IPU Secretariat for the excellent arrangements made, despite the COVID-19 related disruptions. 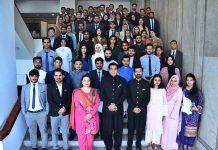 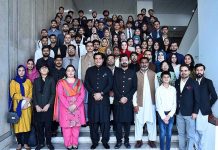 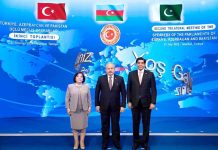 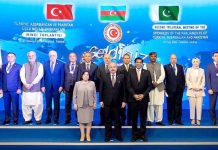 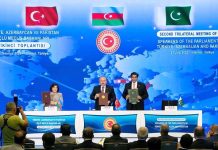 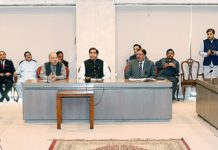 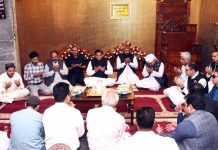 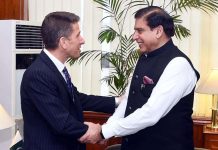 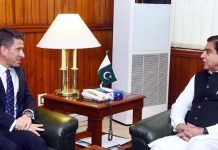 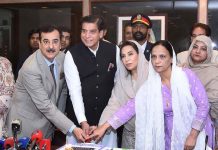 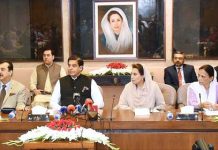 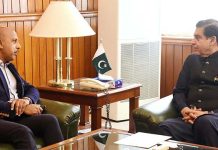