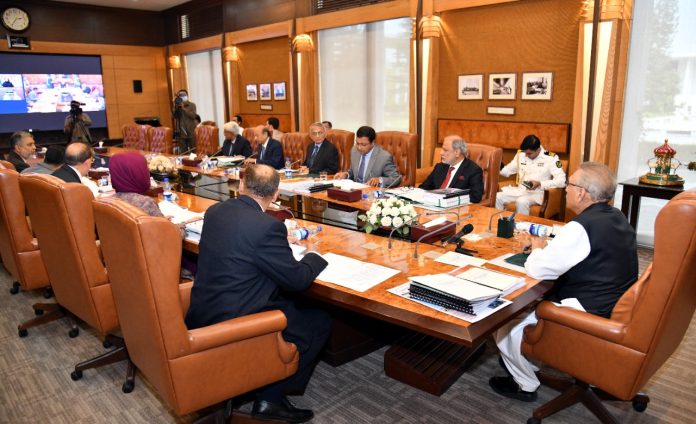 ISLAMABAD, Sept 28 (APP): President Dr Arif Alvi on Wednesday said that the Muslim world should utilize its financial resources for providing quality education to its youth and enhancing the intellectual capabilities of the Ummah so that indigenous knowledge may be produced in Muslim countries.

He added that the Science and Technology were playing a pivotal role in the modern world as they affected human development in all aspects of life and could be used to transform the Muslim world.

The President said this while chairing the 31st Executive Committee meeting of the OIC Ministerial Standing Committee on Scientific and Technological Cooperation (COMSTECH) here at Aiwan-e-Sadr.

Secretary Ministry of Science and Technology, Pakistan and Coordinator General of COMSTECH gave a briefing regarding the agenda of the 31st Executive Committee meeting of the COMSTECH, a press release issued here by the President’s Media Wing said.

During the meeting, the President, who is the Chairman of COMSTECH, said that sharing of knowledge by the developed world with the recipient countries was likely to diminish due to copyright laws, which necessitated for the Muslim world to take collective and meaningful steps to generate indigenous knowledge in critical areas by promoting Research & Development (R&D) in the field of Science and Technology.

He said that the Muslim world, under the auspices of OIC, may develop out-of-the-box solutions to bridge the knowledge and R&D gap between the developed and the Muslim world.

The President said that distance and virtual learning modes of imparting education should be further developed and adopted at a faster rate by the Muslim world to open the doors of high-quality knowledge, information and education, particularly in IT sectors, for the students.

This, he added, would be especially beneficial for the students of Least Developed Countries and those countries which were lagging behind in educating their youth.

The President underscored that COMSTECH and OIC educational institutions could save their precious resources by imparting education and training to the students of OIC countries through online mode of training and education, which, he added, would save precious financial resources required to build, maintain and run physical educational facilities.

He also underlined the need of developing close coordination among the relevant organizations of the OIC countries to strengthen cooperation in mutual sharing of knowledge as well as with the international educational institutions for improving their knowledge base, expertise and skill set.

The President called upon COMSTECH to use its existing facilities to generate additional revenue in order to gain financial independence by making available its facilities to other institutions, specifically for educational and training purposes.

He also emphasized the need for allocation of justified and essential financial resources to COMSTECH by the member countries to further enhance its capability and reach to achieve its objective of promoting Science and Technology in the OIC member countries.

He emphasized on setting in place a comprehensive financial monitoring and control system to ensure the use of funds in a transparent and verifiable manner.

The President appreciated COMSTECH for granting scholarships to young scientists, especially from the Least Developed Countries, to encourage them to conduct research in their respective fields.

He also commended the program of COMSTECH under which bright students of the OIC countries were given the opportunity to interact with the noble laureates of different countries which, he said, would improve their understanding, potential and capabilities.

He observed that since few of these Inter Islamic Networks were currently dormant and not performing up to the mark, therefore, COMSTECH should engage them and push their leadership to reactivate and enable these institutions to achieve their set goals and objectives.

The President said that COMSTECH should periodically and frequently review and assess its vision and mission, and revisit its goals and objectives to make sure that they were appropriately aligned with the developments taking place in the field of Science and Technology around the globe.

The Committee also communicates its decisions on the agenda items to COMSTECH’s leadership. 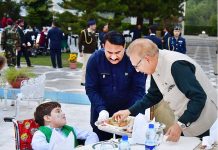 President Dr Arif Alvi serving food to a differently-able children at a ceremony in connection with International Day of Persons with Disabilities at Aiwan-e-Sadr. 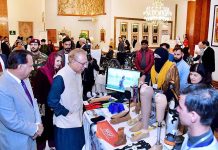 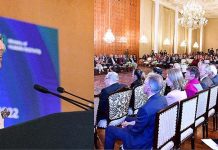 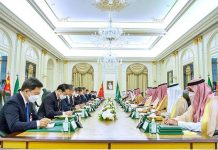 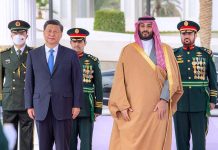 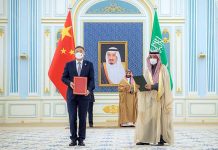 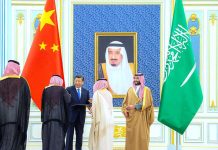 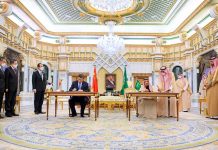 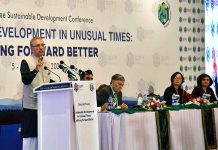 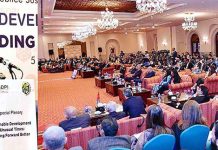 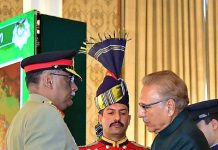 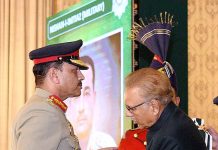