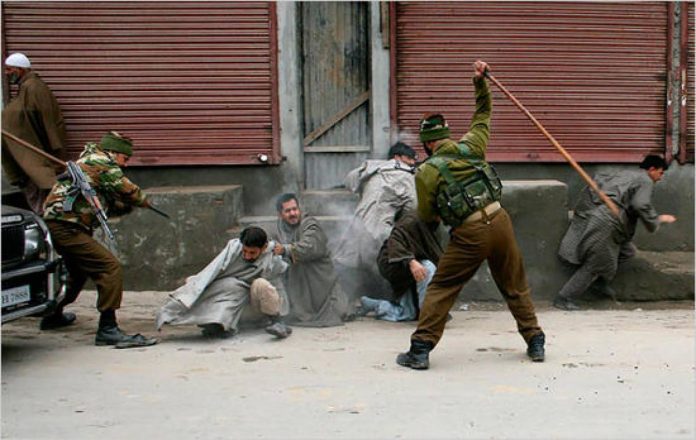 NIA is used as a state tool to perpetrate human rights abuses against innocent Kashmiris.
The intelligence agency is empowered to deal with the investigation of terror-related crimes across India without special permission from the states. In actuality, its main purpose is to deal with the freedom movements across India through unlawful actions under Indian State patronage.

According to the Kashmir media service, the personnel of Indian forces and agencies during house raids are arresting youth and summoning others to the police stations.

“The police force us to stay a long time and harass us in police stations, without any reason which is affecting our work,” several youth told the media.

It seems that India, its proxy regime, and agencies are trying to break Kashmiris’ commitment to the Kashmir cause by using such cheap tactics, they said, adding that such tactics could not break the Kashmiri’s resolve for freedom.

The APHC leadership has appealed to the world community to take note of the situation of occupied Kashmir and raise their voice against such tyranny, oppression, subjugation, and autocracy.

India’s notorious NIA has also filed a charge sheet against eight Kashmiris in a fictitious case of hatching a conspiracy to carry out attacks in IIOJK.
The NIA filed the charge sheet in an NIA Special Court, Jammu, against Naseer Ahmad Malik, Imtiyaz Ahmad Rather, Rayees Ahmad Sheikh, Yawar Rashid Ganai, Suhail Ahmad Khan, Shahid Ahmed Shergojri, Anayat Gulzar Butt and Jahangir Ahmad Dar who are residents of South Kashmir’s Pulwama district.
The case was initially registered on 11 March at Pulwama Police Station and re-registered by the National Investigation Agency (NIA) on 8 April.

In the charge sheet, it has been alleged that these people facilitated Mujahideen, with logistics support, who were planning to carry out attacks on Indian forces.
Besides this, Indian army snatches private vehicles from innocent Kashmiris in IIOJK and uses them in fake encounters and destroys them while their owners are often arrested and subjected to inhuman torture in Indian army camps.

BBC Hindi debunked this tragedy in its latest reports on the miseries of Kashmiri people in the occupied territory.
BBC report also highlighted that the Indian army confessed that the soldiers use vehicles of common people for the operations.
The BBC report revealed the ordeal of one Aijaz Ahmad, 39 years old, who is a resident of Reshinagari in Shopian district and a farmer by occupation, and had to go to court once again last week. For two years, Ajaz Ahmad has visited the court so many times for his car that he has now forgotten the count.

His car was used by the Indian army in an ‘encounter’, which was proven fake after investigation.
Aijaz Ahmed is not the only victim as Indian army often takes vehicles from local Kashmiris for encounter.
According to BBC, they visited a total of 15 villages of Shopian, Pulwama and Kulgam and people in these villages said that the Indian army snatches private vehicles of common people. When the army asks for vehicles, no one can dare to refuse out of fear of reprisals.
Indian army is notorious for staging fake encounters.

In 2020, three labourers labeled by Indian army as ‘dangerous terrorists’ were killed in Amshipura village of Shopian in fake encounter.
On July 18, 2020, the Indian army reported that 62 Rashtriya Rifles had “killed three terrorists in an encounter”. A month after this incident, three families living in Rajouri, filed a missing report
It is not a secret that Modi’s government is targeting the Kashmiri youth on the ridiculous charge of ‘potential’ mujahideen in the occupied territory. 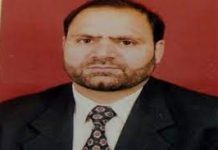 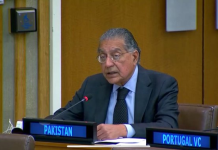 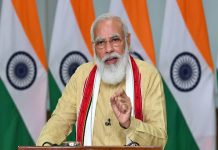 Saddened to see devastation caused by floods in Pakistan: Modi 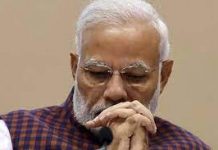 Modi seeks to define Indians as Hindus, as he rewrites national narrative: Experts 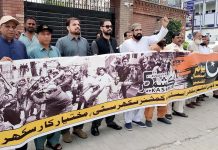