The minister expressed these views while talking to NHA officials during his first visit to the National Highway Authority headquarters.

He said that maximum construction projects should be completed on public-private partnership with a view to self-reliance, adding that obstacles in the construction process will be removed on priority basis. He said that wide and attractive highways are the first impression of any nation.

Chairman NHA gave a comprehensive briefing to the federal minister on the status of ongoing as well as future development projects across the country.

The minister was informed that due to limited resources, NHA moving towards financial self-reliance through public- private partnership and Built-Operate-Transfer (BOT).

Giving a detailed briefing on all the ongoing construction projects across the country, Chairman NHA said, that fourteen and a half thousand kilometers of highways and motorways of Pakistan are under the control of NHA, while strategic roads are in addition to them, i.e., Gilgit-Skardu Road, Kohala-Muzaffarabad and Muzaffarabad-Choti Roads.

The Chairman NHA also apprised the Federal Minister regarding National Highways, Motorways, Major Tunnels, Flyovers, Underpasses and other construction works and the overall performance of NHA Engineers and Architects.

He also gave a detailed briefing regarding the CPEC projects. On this occasion, he was also briefed about the ongoing construction projects of NHA in Dera Ismail Khan constituency of Federal Minister for Communications Asad Mahmood. Dera Ismail Khan holds a unique position in terms of motorway alignment.

Expressing keen interest in the overall performance of the NHA, Federal Minister for Communications Asad Mahmood said that highways play a vital role in stabilizing the economy of the country.

During his visit, Federal Minister for Communications Asad Mahmood also reviewed the Intelligent Transport System (ITS) set up in the National Highway Authority.

In addition to monitoring of highways and motorways, toll plazas, weigh stations and camera systems are also being monitored. 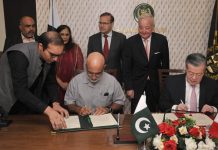 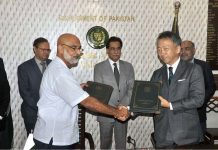 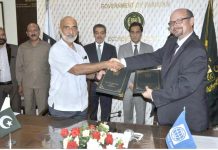 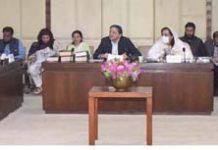 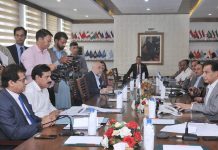 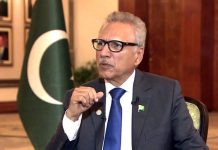