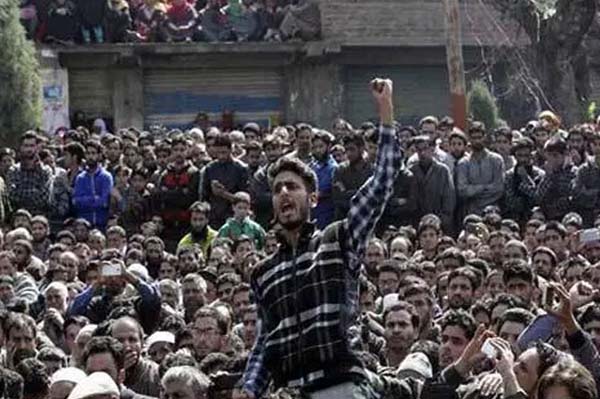 ISLAMABAD, Jan 03 (APP):Kashmiris are observing the ‘Right to Self-determination Day’ on January 5 (Tuesday) as they await fulfillment of the pledge made to them at the platform of United Nations 72 years ago.

The United Nations Commission for India and Pakistan (UNCIP) had adopted a resolution on January 5, 1949 that embodied the principle of right to self-determination
for the people of Kashmir.

The right to self-determination was a vital component of human dignity. Denial of this right is in fact negation of human freedom, Universal Declaration of Human Rights and its covenants.

The UNCIP resolution mentions that the question of accession of Kashmir will be decided through democratic method of a free and impartial plebiscite, as Kashmiris in Indian Illegally Occupied Jammu and Kashmir (IIOJK) are still living under brutal Indian occupation.

The commemoration of January 5 is aimed at reminding global community that it cannot shy away from the responsibility towards Kashmir and also calls upon the UN to honour its commitment made 72 years ago.

The people of IIOJK are being subjected to collective punishment by Indian occupation forces who converted the territory into largest militarized zone in the world.

Over the years, Kashmiris have tried to organize themselves against injustices of India which suppresses them through brutal state-terrorism.

In order to maintain its illegal control, India has continued its repressive regime in the IIOJK through various machinations.

The Indian forces have employed various draconian laws like IIOJK Disturbed Area Act, Armed Forces Special Powers Act and Public Safety Act for arbitrarily arrest of any individual for an indefinite period and even killing them without any legal procedure.

The current situation in IIOJK is worst in recent history where people have been deprived of their fundamental rights, including rights to life, food health, freedom of expression and assembly.

Since August 05, 2019, the government of Narendra Modi through continuous illegal and unilateral steps has created an environment of fear and chaos in IIOJK.

The continuing lockdown and absence of fundamental freedom have challenged the conscience of international community and also India’s credentials of being a respectable member of UN and the world community.

Pakistan at all international platforms has expressed its commitment to extend moral, political and diplomatic support to the just cause of people of IIOJK till realization of their right to self-determination in accordance with UN Security Council resolutions.