ISLAMABAD, May 24 (APP):Leader of the House in the Senator, Senator Azam Nazeer Tarar on Tuesday said that all legal powers of Islamabad Capital Territory (ICT) administration will be used in order to protect and facilitate the citizens of federal capital.

“On behalf of the federal government I assure the house that law enforcement agencies will use their powers within limitations of law and constitution in the wake of PTI’s long-march,” Tarar said while replying to the point of order of Leader of the Opposition in the Senate Dr Shahzad Waseem.
T

arar assured the house that constitution of Pakistan will never be violated and the use of powers with regard to maintaining law and order situation will be in accordance with the law. He however made it clear that the government will not allow any group to plan armed attack on the federal capital.

He said that the Leader of the House should also condemn the plan of armed attack on the federal capital. He added he should present a resolution to stop making such plans while using resources of a province and inviting people of that province.

Criticizing the way PTI adopted while bulldozing the election reforms bills and passing in the National Assembly, he thanked the Chairman Senate for referring the matter to the concerned standing committee.

He said that with the dedication and commitment of the chairman and members of Senate Standing Committee on Parliamentary Affairs, 80 percent concerns have been addressed and now it was decided to pass it except two issues like use of EVM machines and internet voting for overseas.

Tarar said, “We never opposed overseas vote and want to implement the way out as per order of the Supreme Court as Senate Standing committee report was also recommended this which was not further followed,” he said and added that everyone knows what happened later in the joint session on the issue.”

He said that a mature democratic leadership was now running the affairs of the government. “They are true democrats who faced great troubles for sake of supremacy of constitution and democracy in the country.”

He said that the Leader of the Opposition truly said that before arresting parliamentarians, the authorities should first get permission from the Speaker. “Why they were silent during their tenure when many parliamentarians were arrested.”

Tarar questioned, “Why Dr Shahzad Waseem remained unable to raise voice when fake case was filed against Rana Sanaullah or when they sent Maryam Nawaz to jail in harsh weather.”

“Why he was silent when Ali Wazir was in the jail or PML-N leadership was even not allowed to get even medicines in the jail. They always created hurdles in releasing production order of Shahid Khaqan Abbasi or Rana Sanaullah during their time.”

He said that why PTI lawmakers failed to say any single word against all discrimination or violation of law and constitution during the tenure of PTI government.
Earlier, on point of order, Dr Shahzad Waseem raised the matter of police raids on the residences of PTI leadership and workers and arresting them across the country.

He assured the house that the PTI long-march will remain peaceful same like previously held peacefully in different parts of the country. “This is our democratic right to hold rally, public gathering or long-march.”

Later, the opposition staged a walk out on raiding the residences of PTI parliamentarians.
Senator Yousuf Raza Gilani said that PTI leadership should reconsider its conduct as they were blaming our elders as traitors, who actually contributed a lot for the prosperity of country.

He said the PTI wants to make the federal capital as hostage city which shouldn’t be allowed at any way. “They want to fulfill their all wishes including immediate holding of general elections in the country. They should wait for having general elections on due date after completion of present government tenure.” 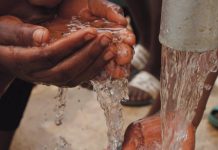