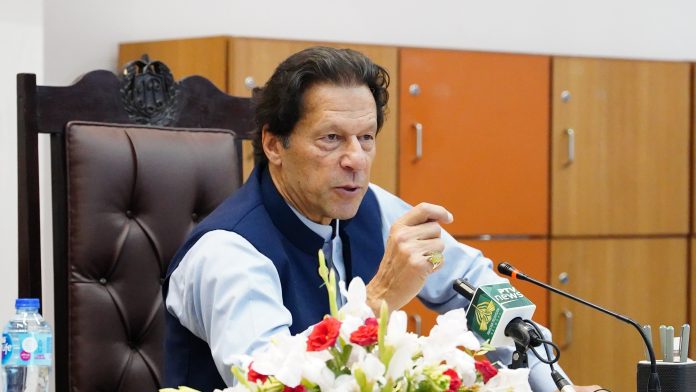 ISLAMABAD, Dec 3 (APP): Prime Minister Imran Khan Friday said that the “horrific vigilante attack” on a factory in Sialkot and the burning alive of Sri Lankan manager was a “day of shame for Pakistan.”

On Twitter, the prime minister said that he was overseeing the investigations and all those responsible would be dealt with the severity of the law.

He was referring to the incident took place in the limit of Hoogu Police Station, Sialkot district in which a Sri Lankan namely Paryantha Kumara, who was General Manager at Rajco Factory near Nol Mor on Wazirabad Road, was tortured to death by factory workers.

“I am overseeing the investigations & let there be no mistake all those responsible will be punished with full severity of the law,” he said.

The prime minister said that the arrests were already in progress.

According to Punjab Police, over 100 people had been arrested so far including the main accused Farhan Idris for inciting violence and the raids were being made for the arrest of more people.

Special Assistant to Chief Minister Punjab (SACM) for Information and Spokesperson Government of the Punjab Hasaan Khawar told a news conference that CCTV footages were also being used to arrest more people, while the process of identifying more culprits was underway with the help of the National Database Registration Authority.

In a tweet, President Dr Arif Alvi said the Sialkot incident was “definitely very sad and shameful, and not religious in any way whatsoever.”

Appreciating the prompt action taken by the prime minister and the Government of Pakistan, Islam was a religion that established cannons of deliberative justice rather than mob lynching.

Addressing a press conference in Lahore, Special Representative of Prime Minister on Interfaith Harmony and Middle East, Hafiz Tahir Ashrafi condemned the incident and said the perpetrators of the heinous crime made no service to Islam rather defamed the religion.

They also hurt the spirit of laws of blasphemy and desecration of religions and also brought a bad name to Pakistan.

He mentioned that Ulema had made very hectic efforts to maintain religious harmony which was evident from the fact that during the last one year, no FIR under blasphemy and desecration of religions laws was registered in Punjab. While, Mutahidda Ulema Council reviewed and resolved 113 such cases in an amicable manner.

Patron-in-chief Pakistan Hindu Council and Member of National Assembly Dr. Ramesh Vankwani also called the incident as “very horrific and terrible” and against the teachings of every religion.

“That’s why, misuse of blasphemy allegations must be stopped. I request everyone to show patience and tolerance on this sensitive issue,” he said on Twitter.

Hasaan Khawar told media that Regional Police Officer (RPO) Gujranwala Division Imran Ahmar and the Commissioner were also present on the spot to probe the incident.

The IGP also directed the officers concerned to present a report in this regard within 48 hours, while the Chief Minister is also in coordination with the police and District Administration of Sialkot. 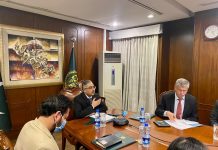